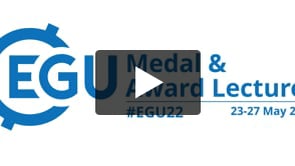 Earth’s magnetic field is a long-lived phenomenon generated by dynamo processes occurring in the liquid core. Understanding how the strength of the field changes in time and space is critical to gaining insight into processes in Earth’s core and deep interior. The publication of field strength estimates represents a significant output of the paleomagnetic community, with efforts spanning several decades and dozens of research groups. Recently, the site-mean absolute paleointensity database PINT (www.pintdb.org; Bono et al., GJI, 2022) received a major update to include data published up through 2019 and fully integrates the Quality of Paleointensity (QPI) assessments for 94% of the database. Interpreting the paleointensity record as a continuous record of Earth’s field is challenging because of the non-uniformly spaced, often sparse, data records and the combination of natural variation of field strength due to secular variation and measurement uncertainty. Here, we have used the PINT database to construct a continuous paleomagnetic axial dipole moment model spanning 0.05 to 3500 Ma, MCADAM v1.0 (Monte Carlo Axial Dipole Average Model). The dipole moment model applies three resampling approaches: a non-parametric resampling (akin to a bootstrap) of site-mean records, a Monte Carlo simulation of site-mean estimates using age and paleointensity means and uncertainties, and LOWESS smoothing with an adaptative kernel width. These methods are combined to provide posterior predictions of axial dipole field strength and allow for estimation of the median field with confidence bounds. This approach can reproduce the recent (0-2 Ma) field that matches PADM2M (Ziegler et al., GJI, 2011) as well as salient field intervals (e.g., high fields associated with superchrons) during the Phanerozoic. The model also reveals changes in field strength during the Precambrian which may be used to help constrain dynamo simulations and thermal evolution models of Earth’s core.

Brittle failure of intact rock and frictional sliding on faults are closely related. Much of my early career studying brittle failure using acoustic emission techniques was helpful in providing insight into processes associated with faulting and earthquakes. While I was focusing on failure processes with my colleague and mentor, Jim Byerlee, the basic tenants of what is referred to as rate- and state-dependent friction (RS) were being developed literally next door by Jim Dieterich with Andy Ruina and many others. It was a remarkable period in Menlo Park in the late ‘70s and ‘80s for which I had only limited appreciation at the time. While it is easy to reminisce, it is more useful to take stock of our current understanding of earthquake processes; what we have achieved and how very much farther we have to go. For example, one long-standing goal that remains elusive is earthquake prediction. While long term forecasting is clearly improving, prediction within hours to days remains out of reach. From a laboratory perspective, with tight control of fault roughness, stress, temperature, fluid pressure and other variables, prediction of timing and magnitude are possible, but with notable restrictions.

Rate- and state-dependent friction, for example, has been useful in the analysis of numerous earthquake-related phenomena including earthquake nucleation, earthquake triggering, slow slip, and repeating earthquakes. At the same time, it should be recognized that the RS model was developed using dry, planar laboratory faults at modest normal stress and limited total displacement. Along with the many successes of RS friction, it is useful to consider some of the limitations. Examples include (1) strain hardening- observed in most laboratory experiments as initial fault surfaces undergo rapid and irreversible changes in roughness and fault gouge properties; (2) melt formation or flash heating – where self-heating due to rapid sliding alters surface properties; and (3) hydro-mechanical coupling of low permeability faults where frictional heating increases pore fluid pressure or changes in porosity lead to transient dilatancy-strengthening or compaction-weakening.

I will present laboratory observations of fault strength evolution that are beyond the scope of standard RS formalism. Examples include constant loading rate tests near critical stiffness in which deformation mode spontaneously jumps between sequences of stable slow-slip oscillations and unstable stick-slip. In a second example with a hydraulically isolated, water-saturated fault gouge, incremental increases in slip rate lead to dilatancy, pore pressure decrease and fault stabilization. However, larger jumps in velocity lead to porosity collapse, fluid pressurization and fault instability. Hydrothermal slide-hold-slide tests at 200 °C, 10 MPa deionized water pressure and 30 MPa confining pressure produce the usual log-linear healing rate for hold times less than 5,000 s. Longer hold times, however, show increased weakening. Apparently, an overall time-dependent weakening of the fault surface occurs that dominates instantaneous fault strengthening for long hold periods and requires hundreds of microns of slip to be erased. These examples suggest that extrapolation of R/S models from idealized laboratory conditions to natural fault conditions may lead to erroneous predictions.