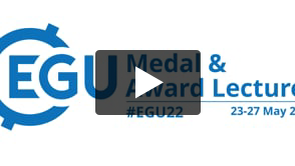 Forest soils are undeniably recognized to help deliver essential ecosystem services. Nevertheless this provision is facing serious threats at a moment we need forests the most. The increasing frequency of fire-prone weather conditions in the EU such as the ones causing exceptional wildfire scars in 2017 (San-Miguel-Ayanz et al., 2018), combined with extreme climate demands (IPCC, 2021) and an escalation of forest mechanisation driven by a systematic increase in the use of forest products (EUROSTAT, 2021), have been putting  EU forest soils to a new level of pressure. As a result, key ecosystem services such as clean water provision and flood control, habitats for life and biodiversity,  biomass provision and carbon sinks, are at stake.

On the other hand, several positive policy initiatives have been initiated under the umbrella of the European Green deal, such as the EU Forest and Biodiversity strategies for 2030. These aim for more healthy, diverse and resilient EU forests, ensuring we can count on their contribution for the most recent climate and biodiversity ambitions. Such initiatives combined with the new EU Soil Strategy should underpin a new era of ecosystems resilience and halt the latest land degradation trends. But the question remains: what is the current state of the EU forest soils after so many years of coexistence with the Europeans?

This presentations aims to provide an overall perspective on current threats affecting forest soils. Issues such as recurrent wildfires, inappropriate land management, land use and land cover changes are all sides of the same coin. Not surprisingly these will lead to land degradation, triggered most frequently by soil erosion. In addition, this paper will identify several misconceptions driven by remote sensing based assessments, such as the identification of good soil conditions under vigorous leaf area indexes, or the consideration of good soil management practices in all forest terraces.

With this argumentation the author hopes to trigger a healthy discussion on the idea that our EU forest soils are not in their best shape, and they too need to be cared for and managed.

Plant roots and the organisms that surround them are a primary source for stabilized soil organic carbon (SOC). While grassland soils have a large capacity to store organic carbon (C), few field-based studies have quantified the amount of plant-fixed C that moves into soil and persists belowground over multiple years. Yet this characteristic of the soil C cycle is critical to C storage, soil water holding capacity and nutrient provisions, and the management of soil health. We tracked the fate of plant-fixed C following a five-day 13CO2labeling of a Northern California annual grassland, measuring C pools starting at the end of the labeling period, at three days, four weeks, six months, one year, and two years. Soil organic carbon was fractionated using a density-based approach to separate the free-light fraction (FLF), occluded-light fraction (OLF), and heavy fraction (HF). Using isotope ratio mass spectrometry, we measured 13C enrichment and total C content for plant shoots, roots, soil, soil dissolved organic carbon (DOC), and the FLF, OLF, and HF. The chemical nature of C in the HF was further analyzed by solid state 13C nuclear magnetic resonance (NMR) spectroscopy.
At the end of the labeling period, a substantial portion of the 13C (40%) was already found belowground in roots, soil, and soil DOC. By 4 weeks, the highest isotope enrichment and 27% of the total amount of 13C remaining in the system was associated with the mineral-rich HF. At the 6-month sampling—after the dry summer period during which plants senesced and died—the amount of label in the FLF increased to an amount similar to that in the HF. The FLF 13C then declined substantially by 1 year and further decreased in the 2ndyear. By the end of the 2-year experiment, 67% of remaining label was in the HF, with 19% in the FLF and 14% in the OLF.
While the 13C content in the HF was stable over the final year, the chemical forms associated with the HF evolved with time. The relative proportion of aliphatic/alkyl C functional groups declined in the newly formed SOC over the 2-years in the field; simultaneously, aromatic and carbonyl/carboxylic C functional groups increased and the proportion of carbohydrate (O-alkyl C) groups remained relatively constant.
Our results indicate that plant-fixed C moved into soil within days of its fixation and was associated with the soil mineral fraction within weeks. While most of the annual plant C input in these grasslands cycles rapidly (<2-year timescale), a sizeable proportion (about 23% of the 13C present at day 0) persisted in the soil for longer than 2 years. While decadal studies would allow improved assessment of the long-term stabilization of newly fixed plant C, our 2-year field study reveals surprisingly rapid movement of plant C into the HF of soil, followed by subsequent evolution of the chemical forms of organic C in the HF.