The Occurrence, Architectures, and Correlations of AMD-Stable Planetary Systems

The Kepler mission revealed thousands of exoplanet candidates, providing key insights into the distributions and demographics of planetary systems. Many of these planets are in multiple-transiting planet systems, which yield additional information about the correlations within planetary systems and their architectures. However, these properties are shrouded by complex detection biases, which must be properly accounted for in order to disentangle the intrinsic system architectures from the observational biases. 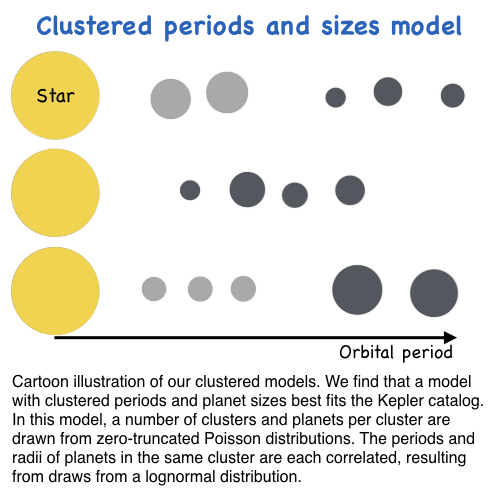 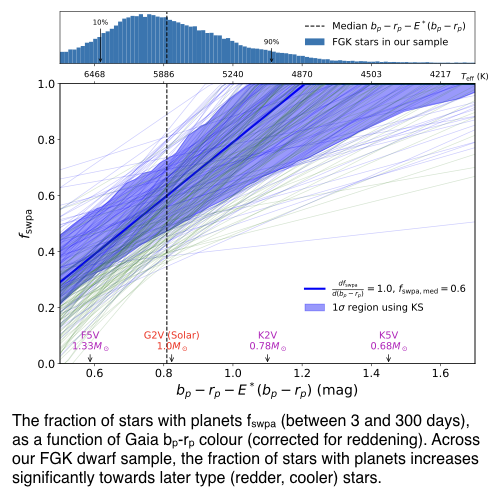 In He, Ford, & Ragozzine (2019, 2020), we developed an advanced forward model (SysSim) to infer the intrinsic distributions of planetary systems around FGK dwarfs, by constructing parametric models for drawing planetary systems, simulating the Kepler detection efficiency to produce synthetic observed catalogs, and comparing these catalogs to the Kepler catalog. We show that planetary systems around FGK dwarfs are clustered in periods and in sizes, as evidenced by fitting to the observed distributions of multiplicities, period ratios, and transit depth ratios. We also find that the fraction of stars with planets (with Rp > 0.5 R⊕ and 3d < P < 300d) increases significantly towards later type (cooler) stars, rising by over a factor of two from early F to mid K dwarfs. The observed multiplicity distribution can be well matched by two populations consisting of a low and a high mutual inclination component (a Kepler dichotomy). 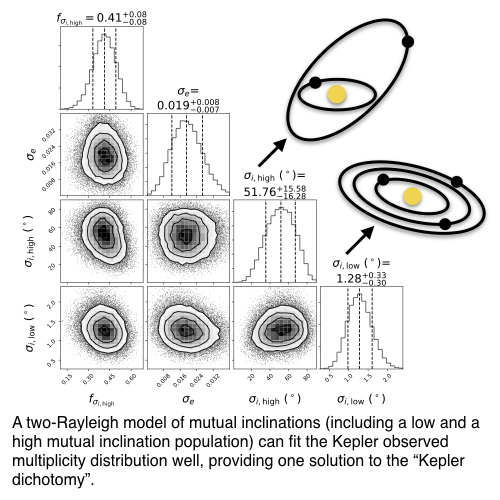 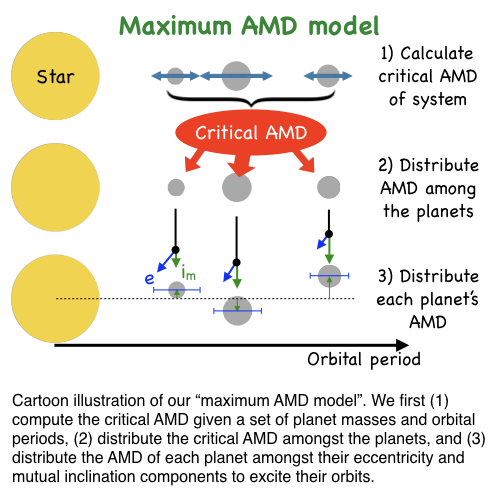 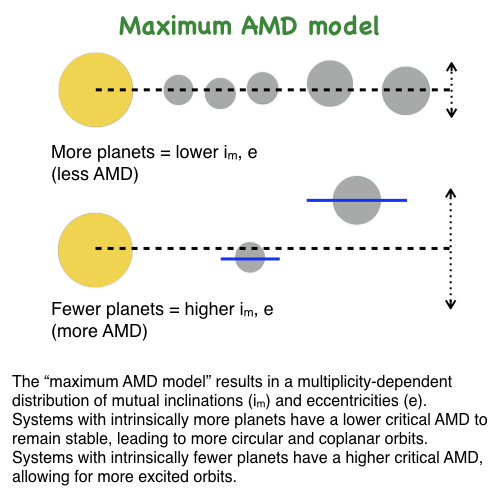 Our code for simulating planet catalogs from our state-of-the-art models is available publicly. We share simulated catalogs of both intrinsic systems and observed (under a Kepler-like mission) systems. These catalogs can be used to inform radial velocity follow-up efforts in the search for additional planet companions in systems with transiting planets, such as those discovered by the TESS mission. Our models can also be used as a point of comparison with planet formation simulations, and for future studies of planetary system architectures. 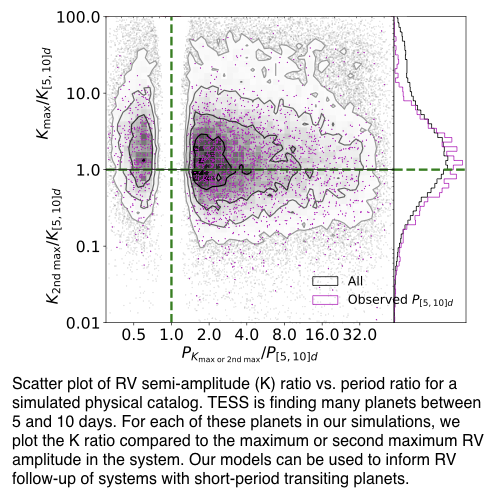