JUICE - JUpiter ICy moons Explorer - is the first large mission in the ESA Cosmic Vision 2015-2025 programme. The mission was selected in May 2012, and is now (May 2021) in the final stages of its integration and testing campaigns. Following its arrival at Jupiter in July 2031, JUICE will spend 4.2 years making detailed observations of Jupiter and three of the Galilean moons, Ganymede, Callisto and Europa.  We present here the plan of activities to be carried out during the interplanetary cruise phase.

1. Trajectory during the cruise phase

The mission will be launched from Kourou with an Ariane 5. The baseline launch window is between 26 August – 15 September 2022, with a backup launch slot in August 2023. The interplanetary transfer sequence relies on gravity assist manoeuvres with Venus, Earth and the Moon. The Jupiter orbit insertion will be performed in July 2031. The cruise phase officially starts after the end of the near-Earth commissioning (launch + 3 months) and ends six months before the Jupiter orbit insertion, when the nominal science mission begins.

The list of planetary gravity assists is given in Table 1:

2. Spacecraft and mission constraints during the cruise phase

The main limitations during the cruise phase are:

The baseline operations of the instruments are two one-week checkouts per year. It is expected that at least some of the observations will take place during the planetary flybys, with different possibilities still under study. The requests for operating the payload beyond this baseline will be carefully analyzed and agreed on a best-effort basis. The next section gives example of possible observations.

3. Potential scientific investigations to be performed during the cruise phase

Instrument operations during the cruise phase are always useful: they allow calibrating instruments in known environments (e.g. solar wind, Earth’s magnetosphere), checking possible interferences between instruments, they provide scientific results (sometimes not expected and outstanding, resulting in high standard publications) and attract public attention. During the long cruise phase of the JUICE mission, a number of scientific opportunities have been identified, beyond the obvious case of the planetary flybys. They include: solar wind campaigns, neutral atoms imaging in the heliosphere, measurement of Jovian escaping relativistic electrons, measurements of interplanetary dust, test of the general relativity around solar conjunctions, observation of the cosmological radio background, and an asteroid flyby (to be further studied).

The JUICE cruise phase, despite its long duration (9 years), will be busy with many activities, with the goal of being fully ready to start the scientific observations from early 2031 onwards. 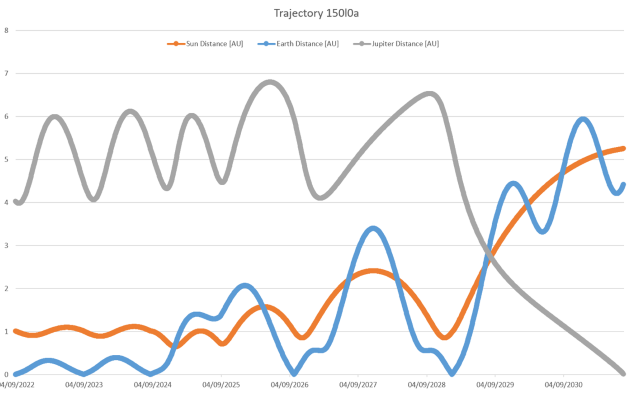 Figure 1: Evolution of distances (in AU) between the Sun, the Earth, Jupiter and JUICE as a function of time. 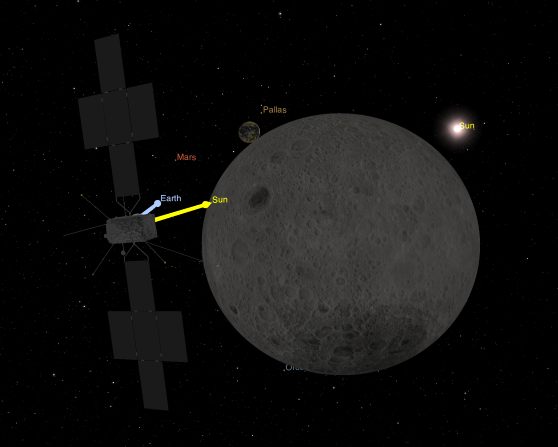 Figure 4: Illustration of the 300 km lunar flyby in 2023. The lunar and Earth disks are dark due the Sun position.