Hydrogen emisssion by degassing magma is likely to have a significant impact on the H2 mixing ratio in early atmospheres of terrestrial planets depending on the surface pressure, volcanic flux and oxygen fugacity of the magma [1]. This process can account for the presence of a few percent of hydrogen in the early atmospheres of terrestrial exoplanets.

The formation of water using a N2-CO2-H2 mixture was identified in a previous experimental study focusing on the early Earth with nitrogen as a dominant gas and an initial H2 mixing ratio fixed at 4% [2].  We now explore various amounts of hydrogen in the mixture to cover the unknown parameters regarding surface emission and to highlight the role played by hydrogen in the chemistry of these exoplanetary atmospheres.

The PAMPRE (french for “aerosol production in microgravity using a reactive plasma”) experimental setup [3] is a plasma reactor used to simulate the photochemistry at low pressure (around 1 hPa) in planetary atmospheres. The CO2-N2-H2 mixture is injected in the reactor with various N2 to H2 abundance ratio and a fixed abundance of 70% for carbon dioxide. The molecular hydrogen mixing ratio is varied from 5% down to 0.5% in volume. The gas phase in the PAMPRE reactor is analyzed using a quadrupole mass spectrometer (Hiden Analyticals) to identify the species formed once the plasma is turned on. 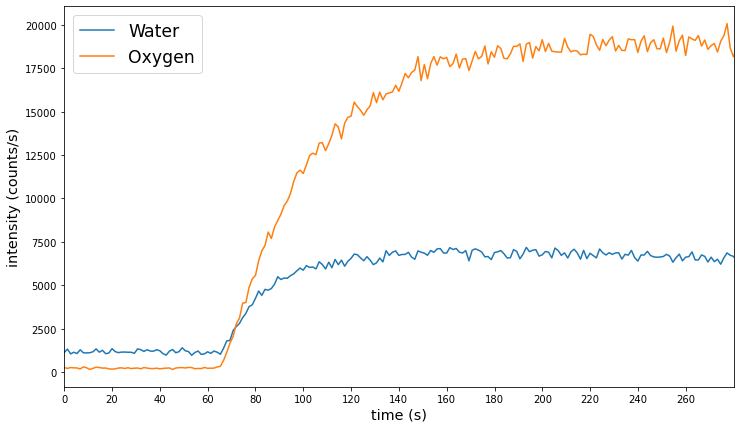 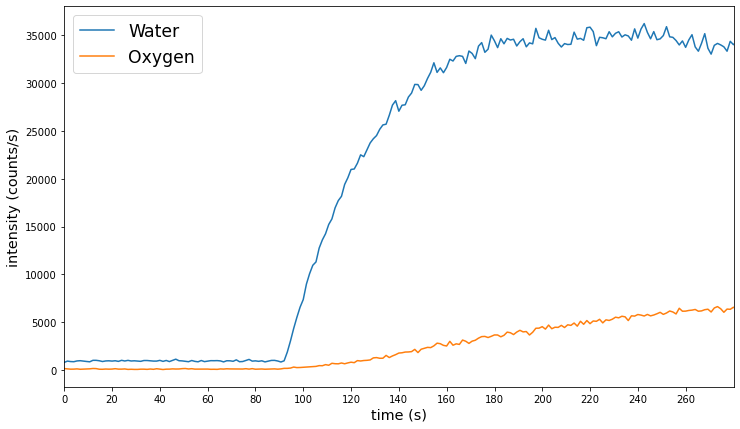 Figure 2. Production of water and oxygen with 5% H2

The radical OH then reacts by (2) and (3) which explains the significant formation of water with an initial hydrogen mixing ratio of 5%.

For terrestrial exoplanets known to be in the habitable zone of their host star, the present study shows that molecular hydrogen in the atmosphere is critical to characterize their habitability as this particular molecule leads to an important formation of water in oxydized conditions. It is also shown that based on the hydrogen abundance in the atmosphere, two regimes can be identified and this particular process suggests that high amounts of hydrogen could lead to a significant abundance of water in these atmospheres even without liquid water at the surface. Quantification of relative concentrations using quadrupole mass spectrometry by a recently developped tool [4] is in progress and would allow to quantify the H2 mixing ratio which seperates the two regimes in our experimental conditions. Based on these experimental results, the impact of this process is now being studied using the chemical kinetics model VULCAN [5] taking into account vertical mixing and using a known star spectrum. The predictions obtained from the model will be used to predict future observations of these specific environments in the frame of JWST and ARIEL space missions.