Large scale vortices are thought to be natural outcomes of hydrodynamic instabilities in protoplanetary disks, as for instance the Rossby Wave Instability [1] or Baroclinic instability. Analytical and numerical studies showed that they can be long-lived and catalyze efficiently dust material concentration (e.g) [2], [3] and encourage to think they could play a role in protoplanetary-disk evolution and planetesimal formation. Their presence in the outer regions of circumstellar disks is possibly betrayed by recent observations of lopsided structures with ALMA and VLT [4], [5] and raises also a question: what is the importance of disk self-gravity on their structure and evolution.

We present 2D hydrodynamical simulations of steady vortices evolving under the effect of their own gravity. The goal is to study their evolution and the possibility of gravitational collapse. Are particularly addressed the structure, migration, mass, and physical variables characterizing these self-gravitating structures. We also pay special attention to the case of very massive vortices. 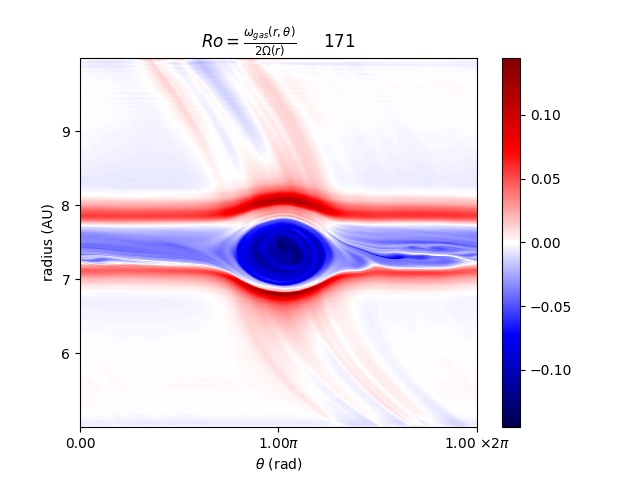 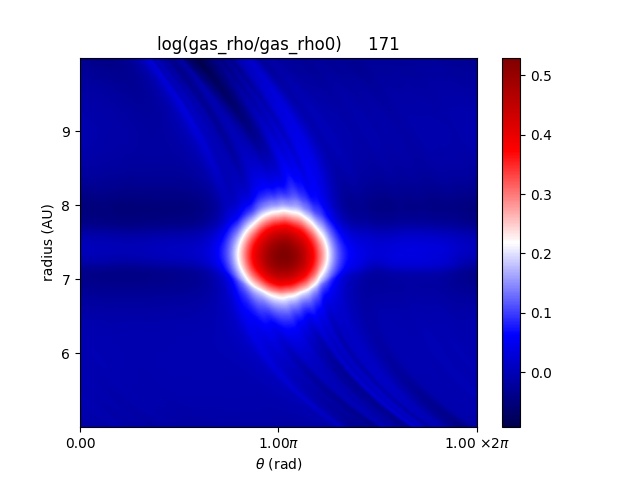 Figure 1. From left to right: Rossby number and density (in log scale) perturbations induced by a large scale vortex after 171 orbital periods at 7.5 AU.