The Light Italian Cubesat for Imaging of Asteroids (LICIACube) [1] is part of the NASA Double Asteroid Redirection Test (DART) [2], the first mission aiming to demonstrate the applicability of the kinetic impactor method for planetary defense. The mission was launched on 24 November 2021 to perform the impact experiment on Dimorphos, the small secondary of the binary asteroid (65803) Didymos, on September 26, 2022. The 6U LICIACube, stored as a piggyback of DART spacecraft, is the first Italian mission operating in deep space managed by the Italian Space Agency (ASI) that will witness the effects of DART impact on Dimorphos.
The Italian cubesat will perform an autonomous fly-by of the binary system with several scientific objectives: (i) to directly witness the impact of DART spacecraft on Dimorphos surface; (ii) to study the ejecta plume over its evolution in time and under varied phase angles in order to estimate the properties of the plume and the evolution of its grain distribution; (iii) to study the impact site with sufficient resolution to allow the measurements of  size, color and morphology of the artificial crater formed in the aftermath; (iv) to perform observations of the non-impacted hemisphere to increase  accuracy in the determination of the target’s shape and volume and for overall investigation of the surface.
To fulfill such key objectives, LICIACube is carrying a suite of cameras composed by the LICIACube Explorer Imaging for Asteroid (LEIA), a narrow FoV camera, and LUKE, a Gecko imager provided by SCS space company. The 70.55 mm focal length of LUKE is designed to work in focus between 400 m to infinity. FoV is ±5° and IFoV 78 μrad/px with a spatial scale about 4 m/px at 51 km. LUKE is equipped with a front illuminated CMOS detector (ams CMV2000), the pixel pitch is 5.5 microns and images will be 1088x2048 pixels. It is an RGB camera with a Bayer pattern filter.
LICIACube will be released by DART about 10 days before the impact and it will autonomously fly to the target, reaching a minimum distance of about 51 km (Closest Approach). During the fly-by, both LEIA and LUKE cameras will acquire 228 RGB image (for a simulated example see Figure 1) of the impacted and non-impacted target sides with a resolution ranging from 71 m/px down to 4.3 m/px. 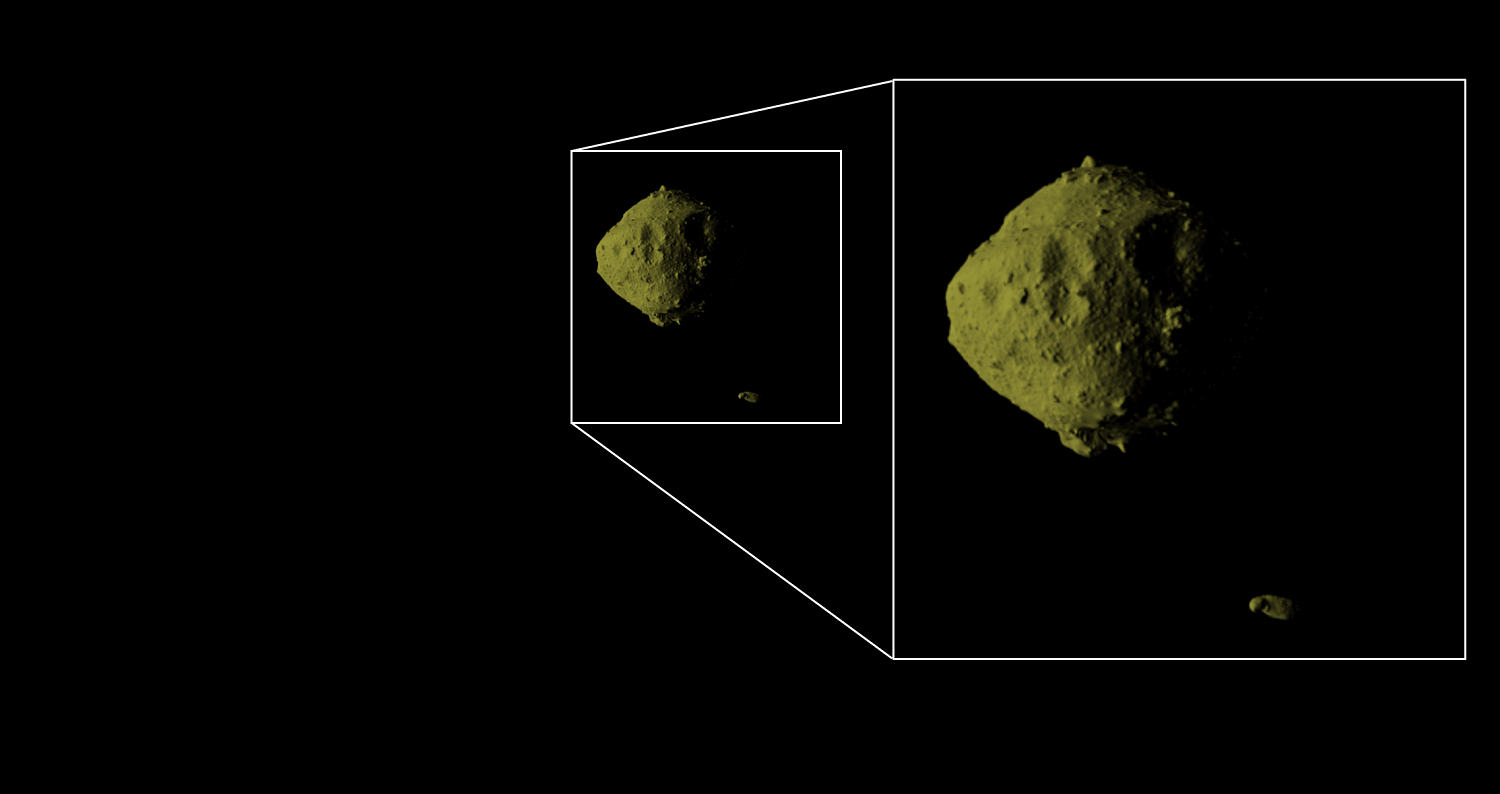 Fig 1 Original frame and zoom-in of analog image of Didymos-Dimorphos system, simulated using the shape models of asteroids Ryugu and Itokawa, as observed by LUKE.

Several activities in support of the scientific analysis are ongoing and more will be done once data will be downloaded [3]. Four main studies are linked with LUKE science: (i) laboratory support to data interpretation, (ii) multivariate statistical analysis of LUKE data, (iii) photometric phase curve analysis, and (iv) study of the plume evolution.

The support of laboratory analyses will be continuous across all the LICIACube mission phases to support the interpretation of the data collected by the LICIACube payload. Main activities will concern RGB measurements with LUKE-like RGB cameras and analysis of LUKE RGB bands spectral response with existing and new laboratory spectroscopic measurements in LUKE wavelength range. In detail we will proceed with: 1) the creation of a dedicated database to support the investigation on surface composition; 2) the study of surface processes able to modify the appearance of Didymos and Dimorphos surfaces.

Moreover, by using multi-color images acquired by LUKE we will analyze the features on Dimorphos and Didymos surfaces both from a geomorphological and a compositional perspective. By applying the G-Mode method we will search for possible heterogeneities/variegations on the surface characterizing regions with the same spectral behavior. This analysis is therefore fundamental to infer the formation and the evolution of this binary system. Indeed, binary asteroids' possible compositional differences are still poorly investigated due to the difficulties in ground-based observation and the absence of dedicated space missions.

In addition, during about 10 days in the nominal operation schedule of LICIACube, LUKE is expected to capture images of the Didymos-Dimorphos system ranging from 42 to 120 degrees of phase angle and down to about 51 km. Didymos will become resolved by 4 pixels about 7 minutes before the impact, while Dimorphos will reach the same spatial resolution only 42 seconds after. The photometric phase curve will reveal some scattering properties of the granular surface medium. Within this phase angle coverage, the surface texture, particles’ irregularities, multiple scattering, and multi-scale roughness are the dominant properties.

LUKE data will help improve our knowledge on asteroid binary systems in particular on their origin and evolution. Expected results promise to significantly advance our understanding of these small rocky bodies in combination with the other data obtained by the mission both from the spacecraft and from ground observations.

Acknowledgements
The LICIACube team acknowledges financial support from Agenzia Spaziale Italiana (ASI, contract No. 2019-31-HH.0 CUP F84I190012600). This work utilizes spectra downloaded by NASA RELAB facility at Brown University. All the authors have contributed to the present work. The entire LICIACube Team made this paper possible. The authors declare that they have no known competing financial interests or personal relationships that could have appeared to influence the work reported in this paper.