Knowledge creation is a collaborative process including synergies between different disciplines, communities and stakeholders. The framework of open science is also connected to the involvement of people outside academia, such as amateur societies, school students, corporate partners etc. Open science has a variety of aspects and applications. What are the efforts done in the field of planetary sciences to establish and increase openness? To what degree planetary science researchers and practitioners endeavour accessibility within the various communities - academics and non-academics? During this session these and other relevant questions will be addressed through the presentation of open planetary science projects, tools, data and platforms. Furthermore, the current status and the potential for future efforts towards an open and public planetary science scheme will be discussed.
Planetary scientists, researchers and other stakeholders are welcome to present any relevant ideas and current efforts in the context of promoting open & public science.

The Museum of Planetary Sciences (MPS) of Prato, opened to the public on 19 March 2005, represents the first Italian museum entirely devoted to planetary sciences. MPS has more than 10.000 visitors annually and its collections encompass 498 meteorites other than impact rocks and 7000 mineralogical specimens. Of special mention are the minerals coming from the most important mining areas in Tuscany as well as diverse meteorite specimens collected during scientific expeditions in desert regions that add to MPS collections uniqueness and great scientific value. 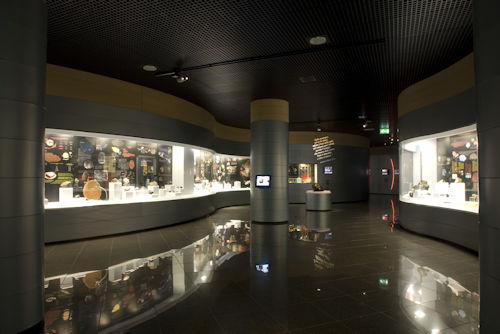 In this regards, it is worth mentioning that, since 2002, MPS has organized or been involved in numerous scientific programs, including the research expeditions to Hamada al Hamra (Libya), the Great Eastern Erg (Egypt), Mauritania, Algeria and the most recent field trip to the Atacama Desert (Chile, 2019).

Thanks to the acquisition of new meteorite specimens by collectors and research expeditions, meteorite classification service for scientific institutions and the general public, MPS has been recently recognized as an official repository by the Meteoritical Society and therefore its scientific collections also preserve several meteorite holotypes. 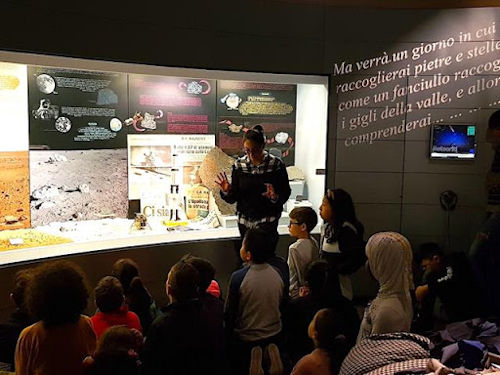 MPS has also an important scientific production, which is primarily represented by publications about meteorites and impact products. Moreover, MPS staff are constantly engaged in new research projects to use planetary science as a key factor to reinforce its social perception in the local communities.

The MusCoNat (Museologia e Collezioni Naturalistiche) Project concerns the creation of a new naturalistic museum center in Galceti (Prato) where MPS will be relocated. The main goal of the new scientific center will be to provide a comprehensive theoretical and practical approach to point out  the many interconnections existing between natural world, planetary science and other academic disciplines (e.g., history of science, scientific museology, visitor studies, citizen science).

MusCoNat does not intend to pursue MPS mere renovation but aims to the establishment of a multidisciplinary working group – planetologists, geologists, science historians, museum operators– to offer a complete "scientific biography" of the museum specimens to promote relevant ideas in the context of supporting open and public science. This part of the project will focus on the study of meteorite and mineral samples. Scientific biographies of the selected specimens will be the cornerstones to plan architectural and museological interventions to make the knowledge of MPS’s cultural heritage more inclusive and accessible. 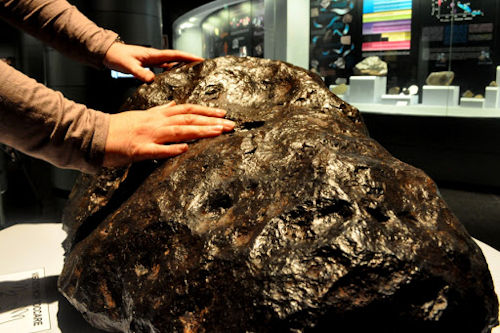 The goals of this presentation are: (1) to  introduce, for the first time, the Museum of Planetary Science  of Prato to the community of the planetary scientists and astronomers on the occasion of its renovation; (2) to show the collections encompassed in MPS and their use for scientific and historical research, public education and outreach; (3) to describe the MusCoNat project and the application of a historical-scientific methodology for both the conservation and valorization of the specimens preserved in MPS and the creation of new museological itineraries; (4) to underline the pivotal role played by the history of science in involving citizens and attracting new publics; (5) to emphasize the realization of natural history activities within MPS that can enhance the social support as a protective factor for populations with high risk of distress.