The Mars Science Laboratory (MSL) is located in Gale Crater (4.5°S, 137.4°E), and has been performing cloud observations for the entirety of its mission, since its landing in 2012 [eg. 1,2,3]. One such observation is the Phase Function Sky Survey (PFSS), developed by Cooper et al [3] and instituted in Mars Year (MY) 34 to determine the scattering phase function of Martian water-ice clouds. The clouds of interest form during the Aphelion Cloud Belt (ACB) season (Ls=50°-150°), a period of time during which there is an increase in the formation of water-ice clouds around the Martian equator [4]. The PFSS observation was also performed during the MY 35 ACB season and the current MY 36 ACB season.

The PFSS consists of 9 cloud movies of three frames each, taken using MSL’s navigation cameras, at a variety of pointings in order to observe a large range of scattering angles. The goal of the PFSS is to characterise the scattering properties of water-ice clouds and to determine ice crystal geometry.  In each movie, clouds are identified using mean frame subtraction, and the phase function is computed using the formula derived by Cooper et al [3]. An average phase function can then be computed for the entirety of the ACB season. 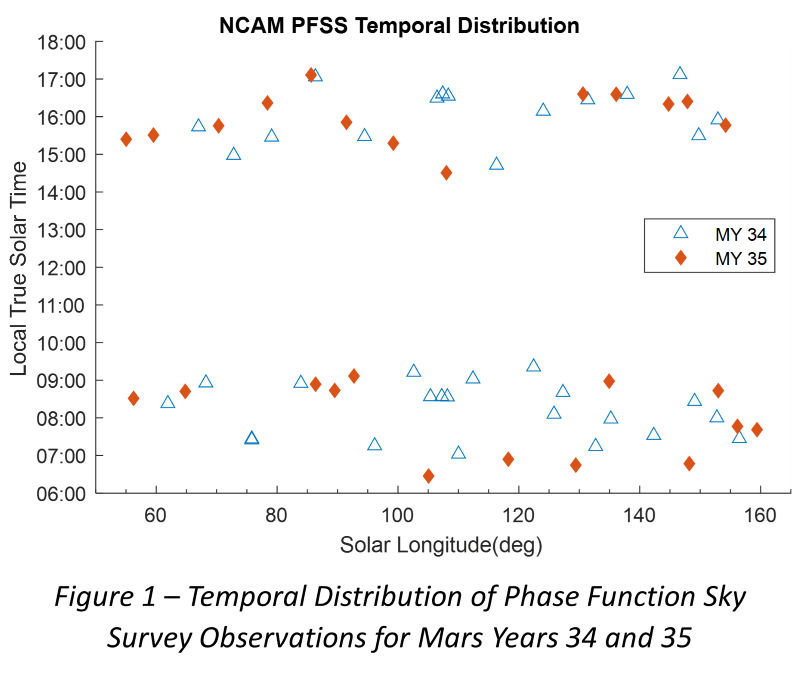 Figure 1 shows the temporal distributions of PFSS observations taken during MYs 34 and 35. We aim to capture both morning and afternoon observations in order to study any diurnal variability in water-ice clouds.

There were a total of 26 PFSS observations taken in MY 35 between Ls~50°-160°, evenly distributed between AM and PM observations. Typically, times further from local noon (i.e. earlier in the morning or later in the afternoon) show stronger cloud features, and run less risk of being obscured by the presence of the sun. In all movies in which clouds are detected, a phase function can be calculated, and an average phase function determined for the whole ACB season.

Future work will look at the water-ice cloud scattering properties for the MY 36 ACB season, allowing us to get more information about the interannual variability of the ACB and to further constrain the ice crystal habit. The PFSS observations will not only assist in our understanding of the long-term atmospheric impacts of global dust storms but also add to a more complete image of time-varying water-ice cloud properties.