Introduction:  The data from the Rosetta mission enabled the reconstruction of the shape of comet 67P/Churyumov-Gerasimenko (hereafter 67P) and the identification of the terrains and features forming its surface. The highly irregular  shape of the comet poses a challenge for the depiction of these geological features on two-dimensional maps.

Techniques: Standard global map projections cannot display the complete surface of 67P because different points on the surface can have the same longitude and latitude.  As a consequence, the geological maps published to date are created on top of comet images, making them dependent on the viewing angle and image coverage and resolution.

Here, we make use of the recently published Quincuncial Adaptive Closed Kohonen (QuACK) map [1]. It projects the complete surface of 67P unambiguously onto a square. The QuACK map is topologically equivalent to the Peirce quincuncial projection of the world, which makes it possible to define generalized longitudes and latitudes. These can be used within any global map projection in order to obtain an unambiguous QuACK version.

Results: The mapping of geological features is carried out in three dimensions employing the Small Body Mapping Tool (SBMT), Fig. 1. We use images from the OSIRIS Narrow Angle Camera aboard Rosetta which have been projected onto the shape model of the SBMT, Fig. 2. The three-dimensional coordinates are then projected onto two-dimensional maps, either in the QuACK map projection or in the QuACK version of the equidistant cylindrical projection, Fig. 3. We present individual maps for 17 of the 26 regions of 67P, mostly located in the northern hemisphere. The new maps combine features published in previous studies with newly identified features.

We discuss the distribution of geological features and the characteristics of the regions. In order to align region boundaries with geological features, we propose two modifications of region definitions. Products are fully available to the community through the PSA Guest Storage Facility [2]. 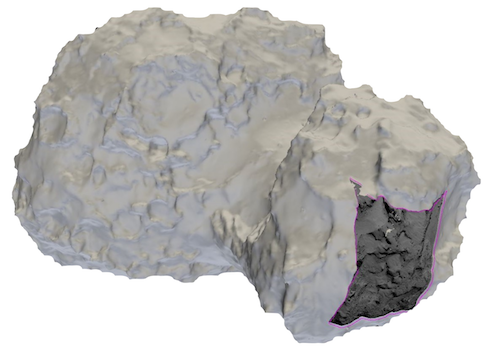 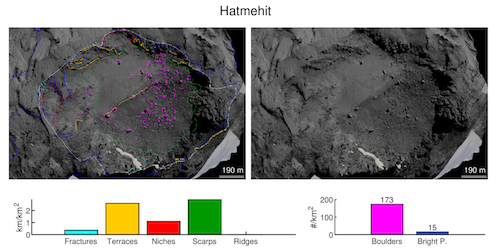 Fig 2: Identification of features in the Hatmehit region from images projected on the SHAP4S shape model and annotated on the SBMT. 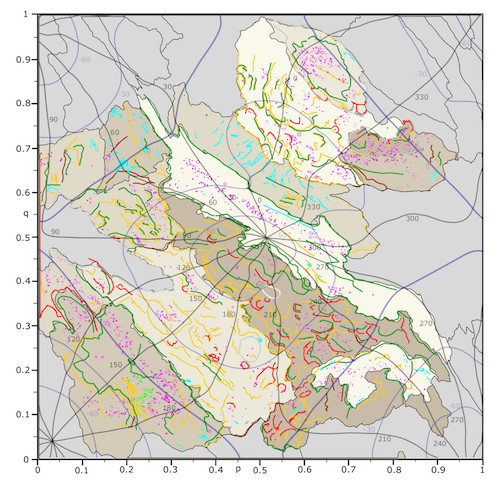