Trans-Neptunian Objects (TNOs) are small bodies that orbit the Sun with a semi-major axis larger than Neptune's4. They are thought to be remnants of the Solar System primordial disk and can retain information about the early stages of our planetary system's formation. Since the discovery of Albion3 in 1992, thousands of objects were detected in this orbital region, but only the Pluto system13 and (486958) Arrokoth14 has been visited so far by a spacecraft. Detailed topographic studies of Pluto and Charon6,7 presented superficial features of ~6 km while reprocessed Voyager images of Uranus' largest satellite - Oberon, show a mountain11 of ~11 km. Discovered15 in 2002 the big TNO 2002 MS4 is dynamically classified as a hot classical TNO. Thermal measurements made by Spitzer Space Telescope and Herschel Space Observatory, resulted an area equivalent diameter16 of 934 +/- 47 km and a geometric albedo at V-band of 0.051-0.022+0.036.

Stellar occultation is a ground-based method that has been presenting exciting advances in the knowledge of Centaurs' and TNOs' physical properties2,9,10,12 and rings1,8. We predicted and observed seven stellar occultations by 2002 MS4 between 2019 and 2021 under the European Research Council (ERC) Lucky Star project framework. The most successful one involved 116 telescopes from Europe, North Africa, and Western Asia on 8 August 2020.

Here we will present results about 2002 MS4 size, shape and topographic features. Stellar occultation data show an equivalent diameter of about 800 +/- 24 km. On the projected northern hemisphere, they are evidence of topographic features of about 20 km. Following the procedure described by Johnson and McGetchin in 1973, and assuming that 2002 MS4 is mainly composed of ice with densities between 1.0 - 2.0 g/cm3, this object supports surface features of about 7 km. However, if we consider that ice density increases toward the object's centre, then 2002 MS4 can support more prominent features. Figure 1 presents the projected profile detected on the 8 August 2020 stellar occultation. 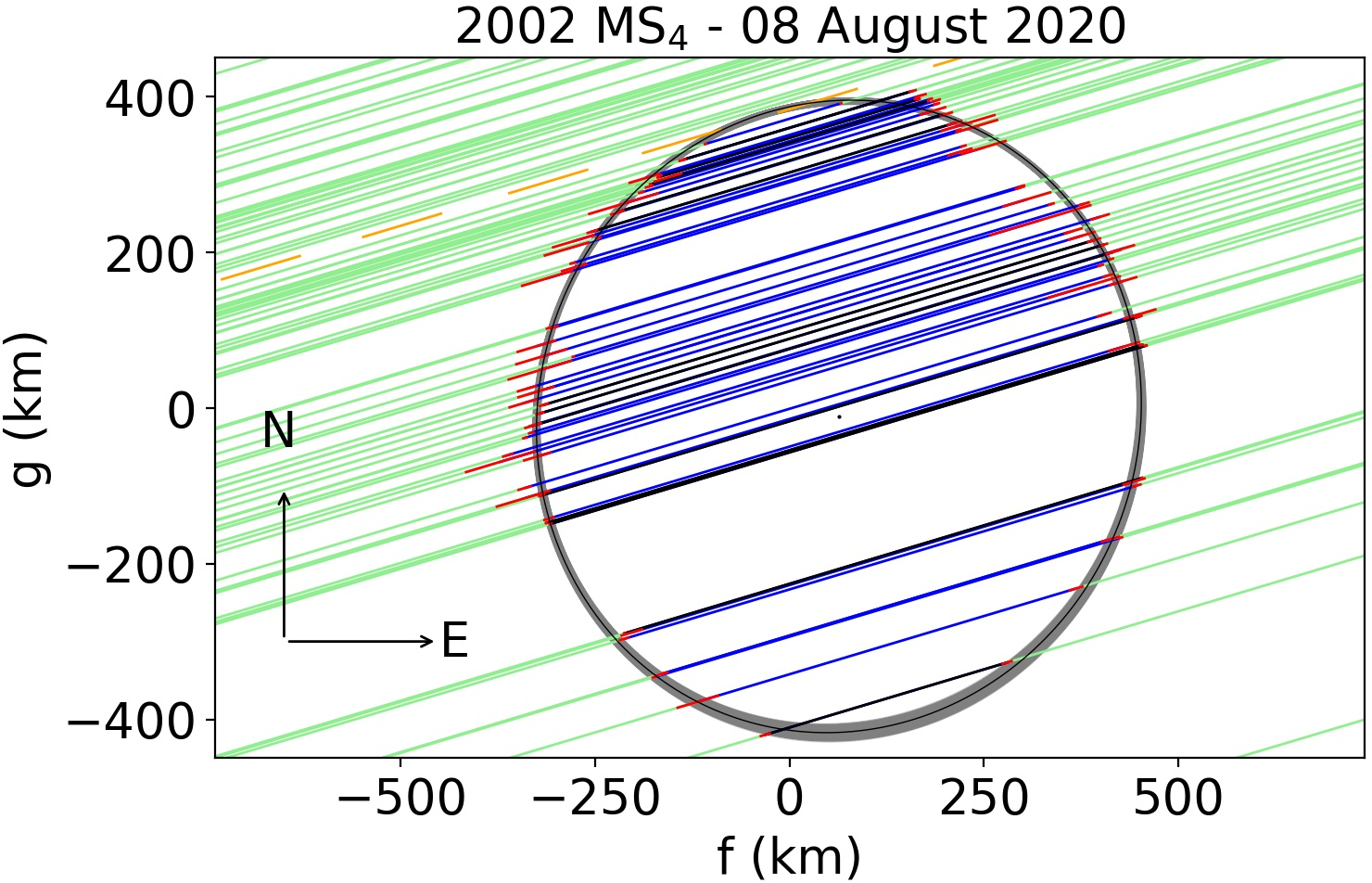 Figure 1: blue lines are the positive detections with uncertainties in red. Green segments present the surrounding region and in black is the best projected elliptical limb. Shaded region are the solutions inside the 3σ.

Next figure presents the radial dispersion of the observed points from the black ellipse as a position angle function. This angle is measured from the local North and increases toward the East (Figure 1). Shaded rectangles show the evidence of a mountain and a depression of about 20 km between 10 and 55 degrees. 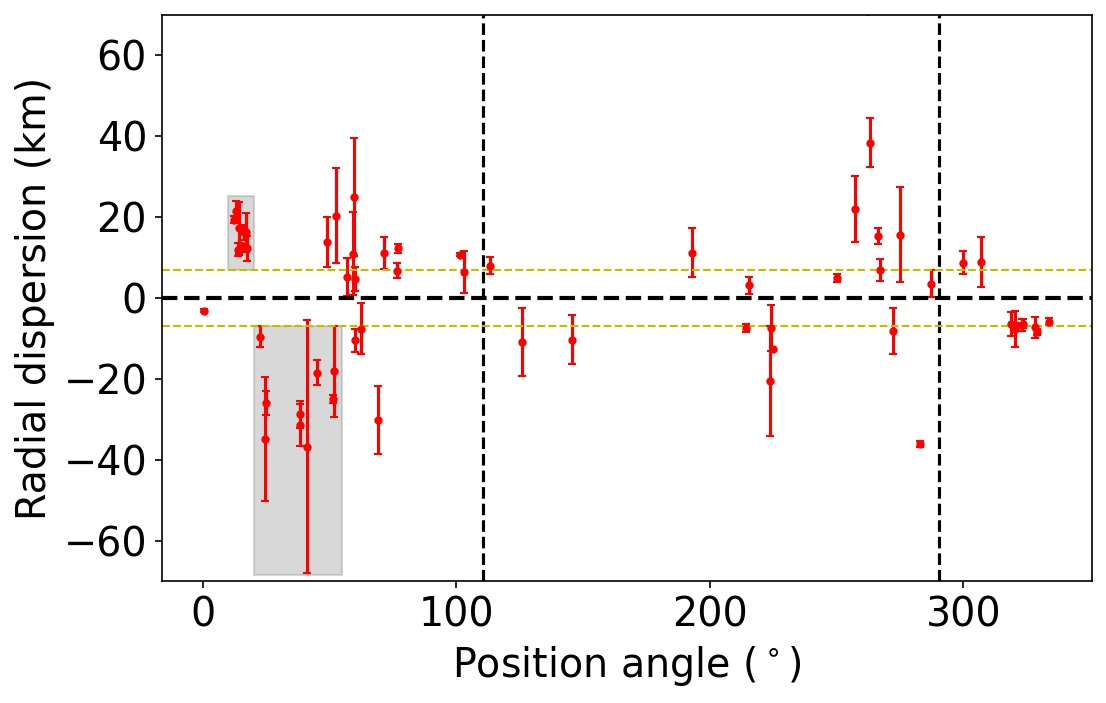 Figure 2: radial dispersion from better elliptical limb as a function of the position angle. Dashed green lines present the 7 km lower limit for global roughness. Shaded regions are evidence of the mountain and the depression.

Additionally, the northernmost grazing light curve at 2002 MS4 acquired from Varages observatory in France presents a direct detection of a minor surface feature. Note that, in figure 3, the star partially appears before the reappearance, probably due to a depression or a local mountain.

Figure 3: normalized star flux as a function of time as seen by Varages observatory. The 3 intermediate points before emersion are inside the green rectangle.