Titan's geology is complex, with a wide range of surface morphology, including fluvial, aeolian, and cryovolcanic and tectonic activity. Surface observations have not yet revealed large-scale and distinct characteristics of strike-slip faulting (i.e., en echelon structures, fault duplexes, and clear offset features) that have been observed on other ocean worlds such as Europa, Ganymede, and Enceladus [1,2]. However, the SW Xanadu region shows offsets in fluvial networks that seem to have been caused by strike-slip faulting [3]optimal shear failure conditions may be present within Titan's shallow subsurface, where the existence of a porous ice cover filled with liquid hydrocarbons can create an environment for areas of frictional instability [4], shear heating [5], and possibly cryovolcanism [6,7]. In this work, we examine Titan’s ability to host shear deformation at identified rectilinear fluvial features that are inferred to be strike-slip faults [3] through a sensitivity analysis guided by Coulomb failure laws [8] and tidal stress mechanisms [9]. Our modeling technique includes considerations for how the presence of near-surface liquid hydrocarbons and the crustal porosity of the ice significantly reduce the resistance to shear failure of strike-slip faults subjected to diurnal tidal stresses through a pore pressure parameter.

For this study, we examine failure conditions at proposed example strike-slip faults [3] in SW Xanadu (Figure 1): (A) 9ºS 138ºW. Using the SatStress [9,10] tidal stress model for Titan-appropriate rheology [6], we compute the diurnal tidal stress tensor and resolve shear and normal stresses onto shallow fault planes (100 m depth) with azimuthal orientations consistent with mapped observations [3], as well as for the full range of orientations. We explore candidate coefficients of friction (μf= 0.3-0.5) [11] and hydrostatic pore fluid pressure ratios for Titan (l = 0.67-0.9) [4]. Figure 2 illustrates where the magnitudes of frictional stress and absolute value of shear stress overlap and the Coulomb criterion is met using the mapped azimuth of the suggested fault structure, permitting a finite slip-window. At a shallow fault depth of 100 m and for the inferred oriented faults, our model suggests that shear failure is possible under diurnal tidal stresses subjected to the studied parameters. For an assumed coefficient of friction of μf = 0.4, shear failure can only be achievable with intermediate to high pore fluid pressure ratios (λ > 0.75). At location (A), the resulting left-lateral slip direction from the model agrees with the inferred left-lateral shear direction of the proposed mapped strike-slip fault [3]. However, right- and left-lateral slip windows are achieved for a range of possible azimuths at this location with μf = 0.4 and a pore fluid pressure ratio of l = 0.75 (Figure 2, top). While a variety of factors can control this observed fluvial drainage system on Titan, the general azimuthal orientation of these features in this region suggests that there is a subsurface tectonic fabric trending roughly east-west guiding the flow of these rectilinear fluvial systems. Overall, our findings show that on Titan, the crustal porosity of ice and the inclusion of near-surface liquids will minimize the resistance to shear failure of faults subjected to diurnal tidal stresses. The optimal combination of tensile and shear tractions can allow for finite slip windows where the Coulomb criteria is met. 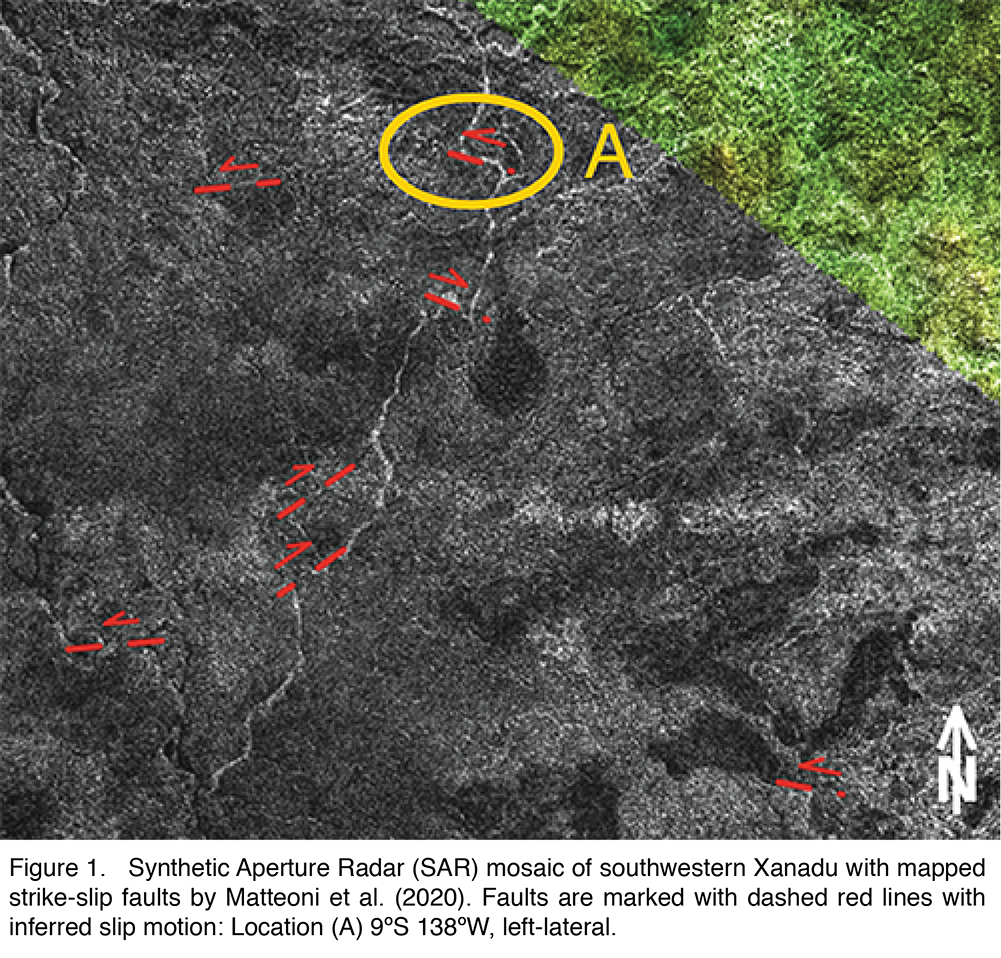 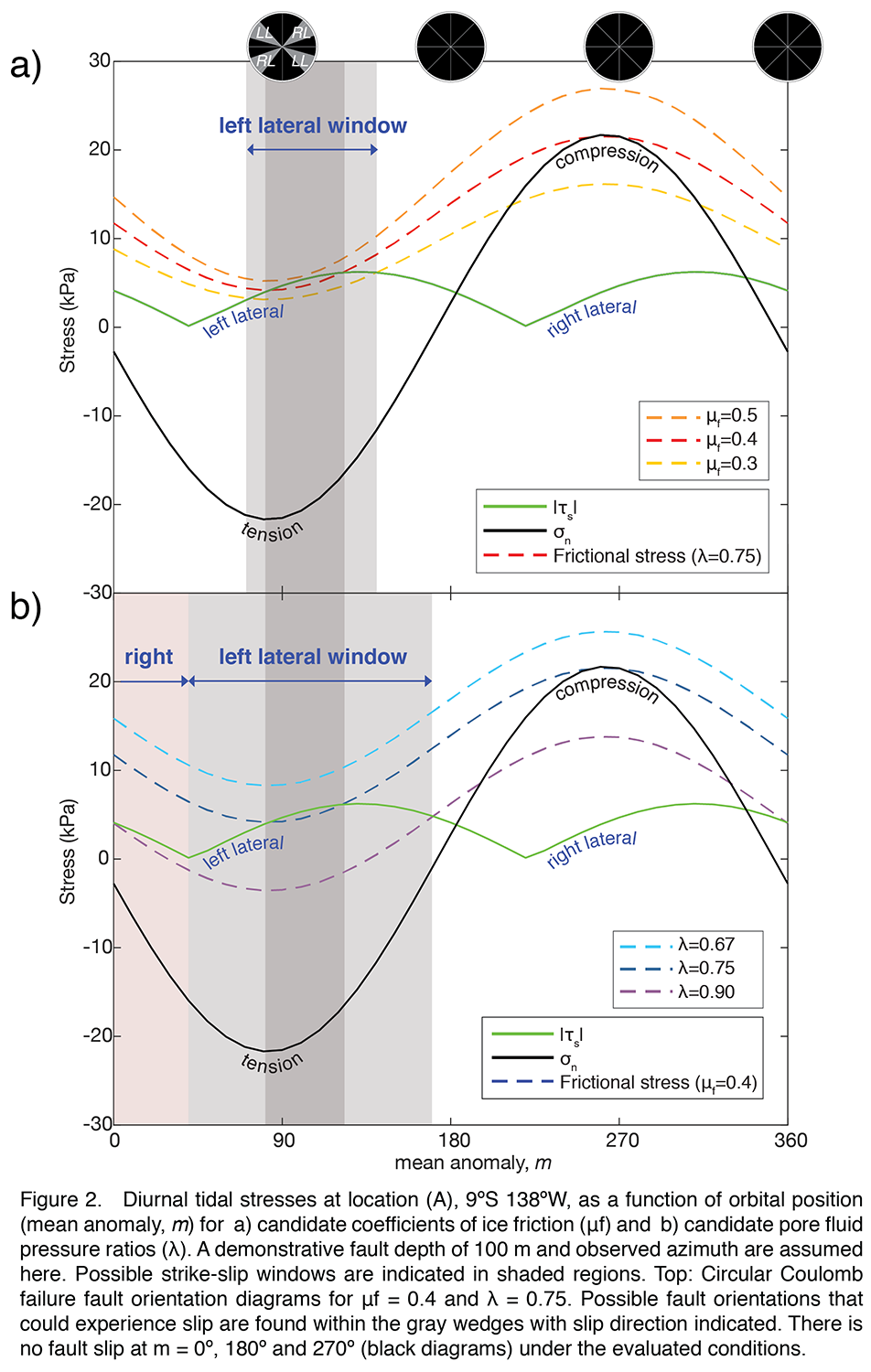