We only have indirect information on the internal material properties of small bodies in the Solar System, coming chiefly from the analysis of meteorites. Some samples show that there may have been chemical processes that at some point in the early history of the Solar system significantly altered the mineralogical and lithological characteristics of these objects. One of these chemical processes is the hydration of silicates. As it is an exothermic reaction, it may have contributed to the heating of planetesimals in the early Solar system in addition to heat from accretion and radioactive decay. We constructed a model considering the chemical process of serpentinization, heat from radioactive decay and accretion, and the internal heat transfer.

Our serpentinization model is based on earlier models and contains improvements in the consideration of heat capacities and lithospheric pressure, and in the calculation of the amount of interfacial water. In one of the main serpentinization processes Mg-pyroxenes (enstatite, MgSiO3) is also required in addition to the Mg-rich olivine (forsterite, Mg2SiO4); the end product of the reaction is purely serpentinite (Mg3Si2O5(OH)4). The following reaction shows the stoichiometric equation of the formation of serpentinite:
Mg2SiO4 + MgSiO3 + 2H2O -> Mg3Si2O5(OH)4
We take into account several effects that have previously been neglected and a comparison of our results with previous calculations shows that there are differences, e.g. in the serpentinization time, the amount of produced heat, or the process works below the freezing point slower (Fig. 1). 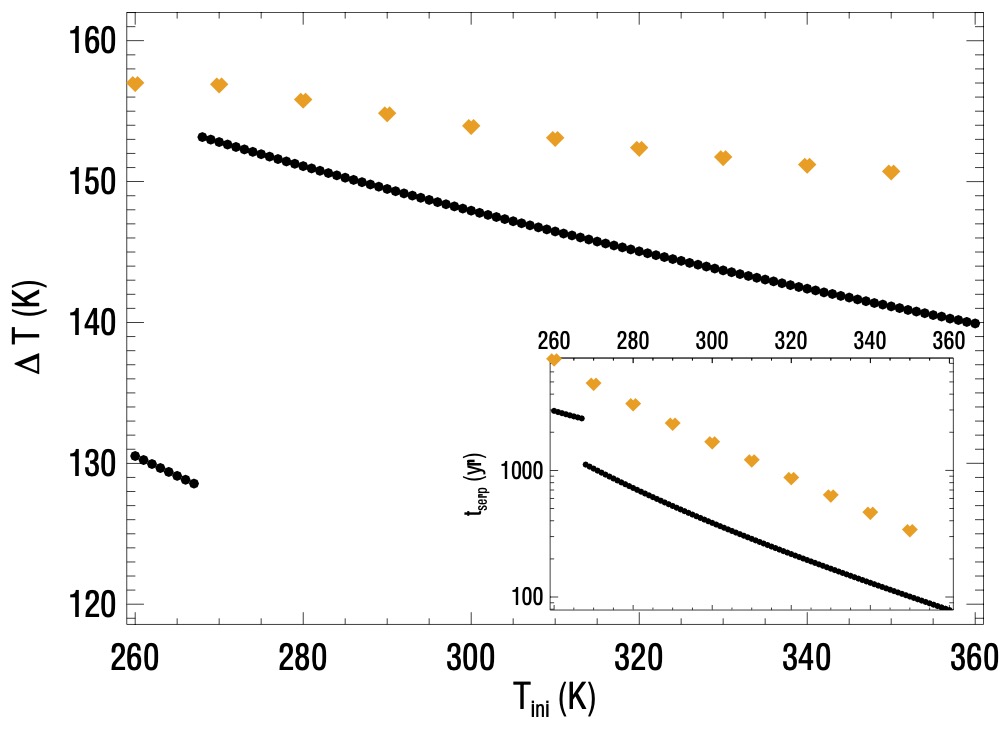 Figure 1.: Serpentinization time (tserp) and temperature increase (∆T) during the serpentinization process. tserp is the time when 90% of reagent materials run out for a specific initial temperature (Tini). Orange diamonds represent the results by Góbi & Kereszturi (2017) for an object with 15 km radius and the black line represents the improved model for an object with 15 km radius, 16% porosity, 1/2 olivine-to-water ratio and the time steps used was 0.01 year. Here we examined the innermost 100 m radius of the object, to be comparable with the previous results.

Our chemical heat model has been incorporated into a more complex model that contains radioactive decay and heat transfer. We examined whether these chemical processes could take place under the different conditions in the outer Solar System and influence significantly the evolution of the objects there (Figs. 2 and 3). 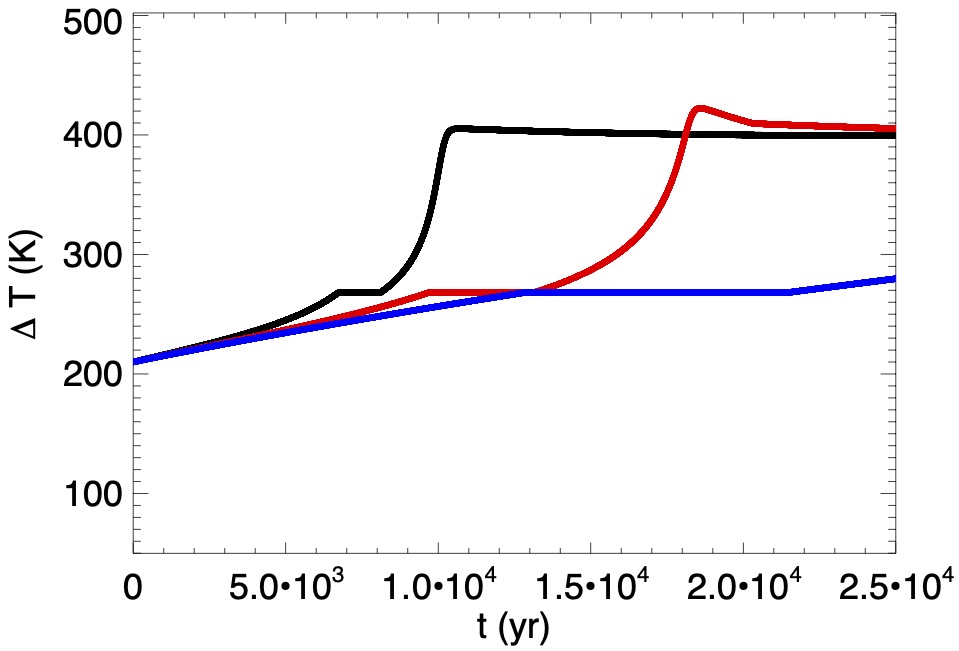 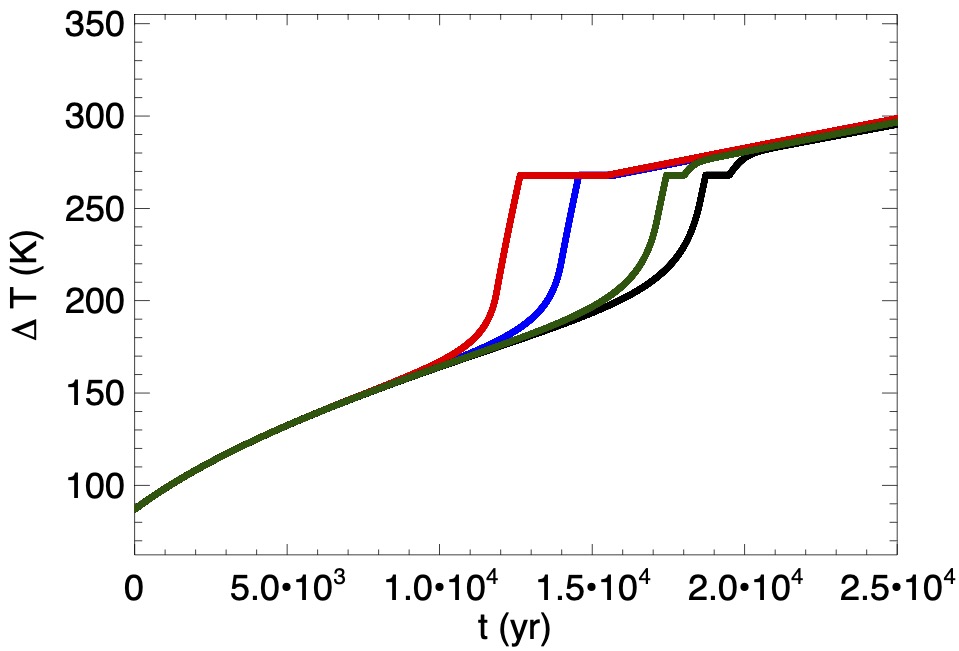 Figure 3.:Temperature increase (∆T) caused by serpentinization, taking into account the radioactive decay and heat transfer in the case of a typical large object outer Solar System object. The average density is 1800 kg/m3, with an olivine-to-water ratio of 0.168 and the radius of the test object is 300 km. The curves with different colours represent layers of different depths: 5 km (black), 10 km (green), 50 km (blue), and core (red).