Dawn/VIR at Vesta: lithological inference from the visible data

The NASA Dawn mission orbited Vesta between July 2011 and September 2012. The VIR imaging spectrometer(1) obtained a nearly global mapping of its surface in the visible (0.25-1µm) and infrared wavelengths (1-5µm).

The VIR data acquired in the visible range have been recently corrected for instrument artefacts(2) and their calibration has been refined(3,4). This allows us to study the variation of various spectral parameters across the surface of Vesta(5). Here we present a study of the lithology of Vesta as derived from the visible dataset alone. 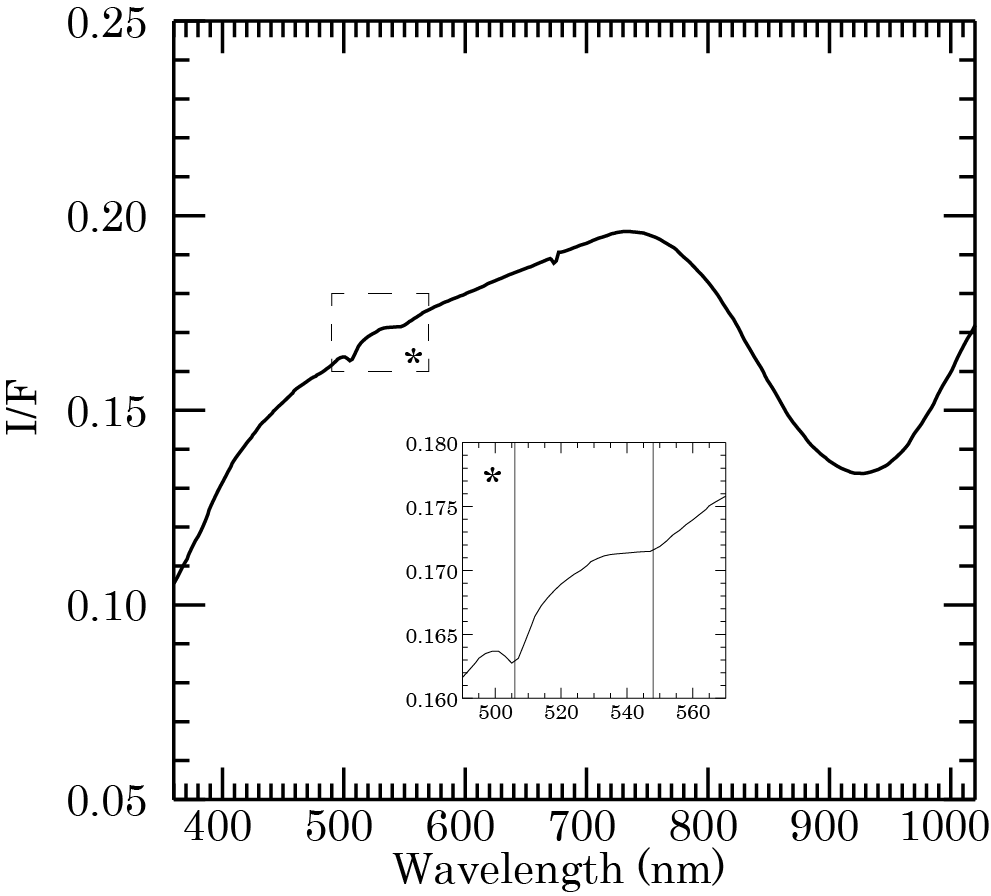 Figure 1 – Mean VIS spectrum of Vesta with close-up on the two spin-forbidden band at 506nm and 550nm.

Thanks to Dawn/VIR results, it is well established that Vesta is indeed the parent body of the Howardite-Eucrite-Diogenite (HED) clan of meteorites(6). For this reason, the study of Vesta‘s lithology generally means associating a HED type with the spectral profile observed on the surface. This is usually done by combining VIR visible and infrared data together(7,8,9), as the Vesta’s surface is characterized by two prominent pyroxene absorption bands centred at about 0.9µm and 1.9µm, whose position is indicative of the HED type. 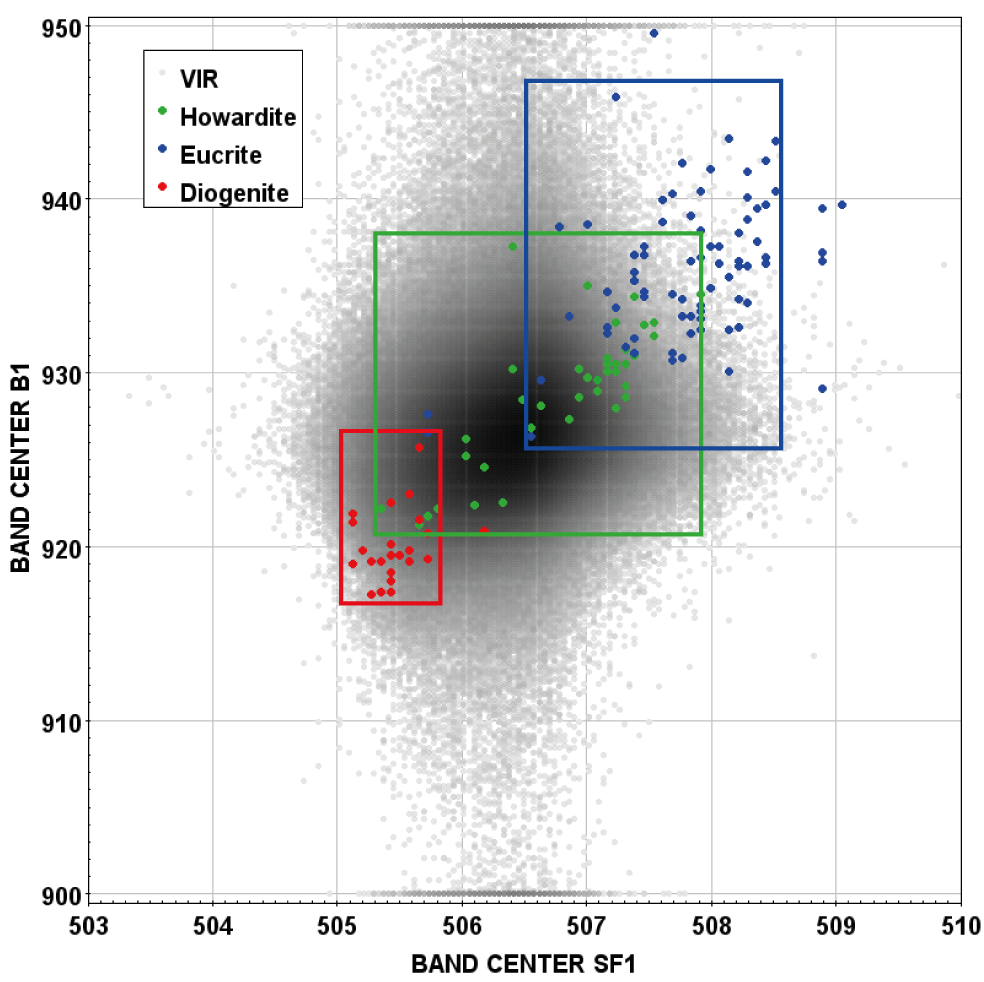 Here we used only the visible dataset to infer the lithology of the surface of Vesta. To do so, we estimate the centres of the 930nm pyroxene band and of the 506nm spin-forbidden band (Fig. 1). We applied the same approach with HED data from the RELAB database (Fig. 2). Because the centres of these two bands shift in wavelength according to the pyroxene composition(10), this allows one to associate VIR visible data with a specific HED type. By flagging these VIR data from 0 for eucrite, to 5 for diogenite, we build a map that reflects the lithology of Vesta in terms of HED type, as illustrated on Fig. 3. We demonstrate that by using the visible dataset only, a substantial agreement is found with previous lithology maps obtained one using both visible and infrared data combined together(8,9). 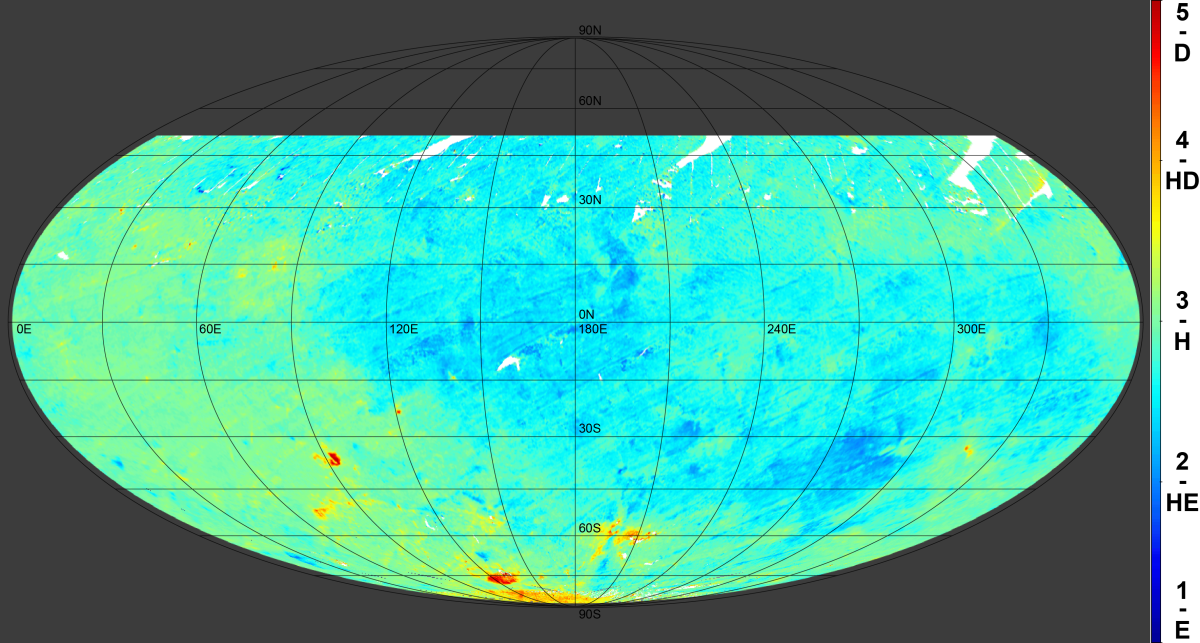 The latest correction of VIR data makes the identification of the 550nm spin-forbidden band in the Vesta spectra possible. This band is shallower than the 506nm-band (see Fig 1.). Contrary to the latter, no centre shift is observed across the surface, preventing to attribute a HED type as done with the 506nm band. This confirms results of a previous study(11) showing that the 550nm centre does not shift according the iron content of synthetic pyroxene.

Thanks to the spectral capability of VIR and the correction and calibration of the data, the identification of small spin-forbidden absorption bands is now possible. Combined with the 930nm pyroxene band, the lithology of the surface, based on HED meteorite type, can be inferred without the use of infrared data.

VIR is funded by the Italian Space Agency (ASI) and was developed under the leadership of INAF-Istituto di Astrofisica e Planetologia Spaziali, Rome, Italy (Grant ASI INAF I/004/12/0). The instrument was built by Selex-Galileo, Florence, Italy. The authors acknowledge the support of the Dawn Science, Instrument, and Operations Teams. This research utilizes spectra from the NASA RELAB facility at Brown University.