The evolution of Neptune’s arcs since Voyager-2. VLT/SPHERE observations of Neptune’s ring arcs and the 2021 Neptune stellar occultation campaign

Neptune's incomplete ring arcs have been stable since their discovery in 1984 by stellar occultation. Although these structures should be destroyed within a few months through differential Keplerian motion, imaging data over the past couple of decades have shown that these structures remain stable.

We present the first SPHERE near-infrared observations of Neptune's ring arcs taken at 2.2 μm (broadband Ks) with the IRDIS camera at the Very Large Telescope (VLT) in August 2016.

We derive accurate mean motion values for the arcs and the nearby satellite Galatea. The trailing arcs Fraternité and Égalité have been stable since they were last observed at VLT in 2007 (cf. Fig 1 left). Furthermore, we confirm the fading away of the leading arcs Courage and Liberté. Finally, we confirm the mismatch between the arcs' position and the 42:43 inclined and eccentric corotation resonances with Galatea, thus demonstrating that no 42:43 corotation model works to explain the azimuthal confinement of the arcs' material (cf. Fig. 1 right). 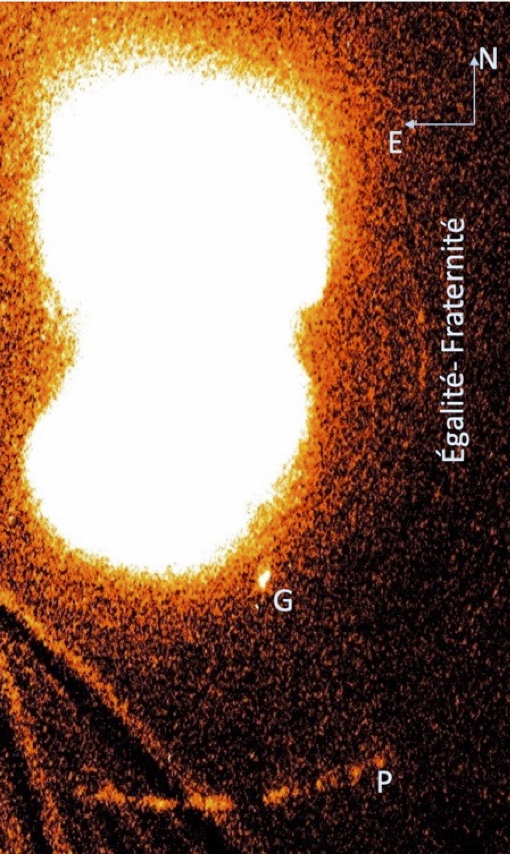 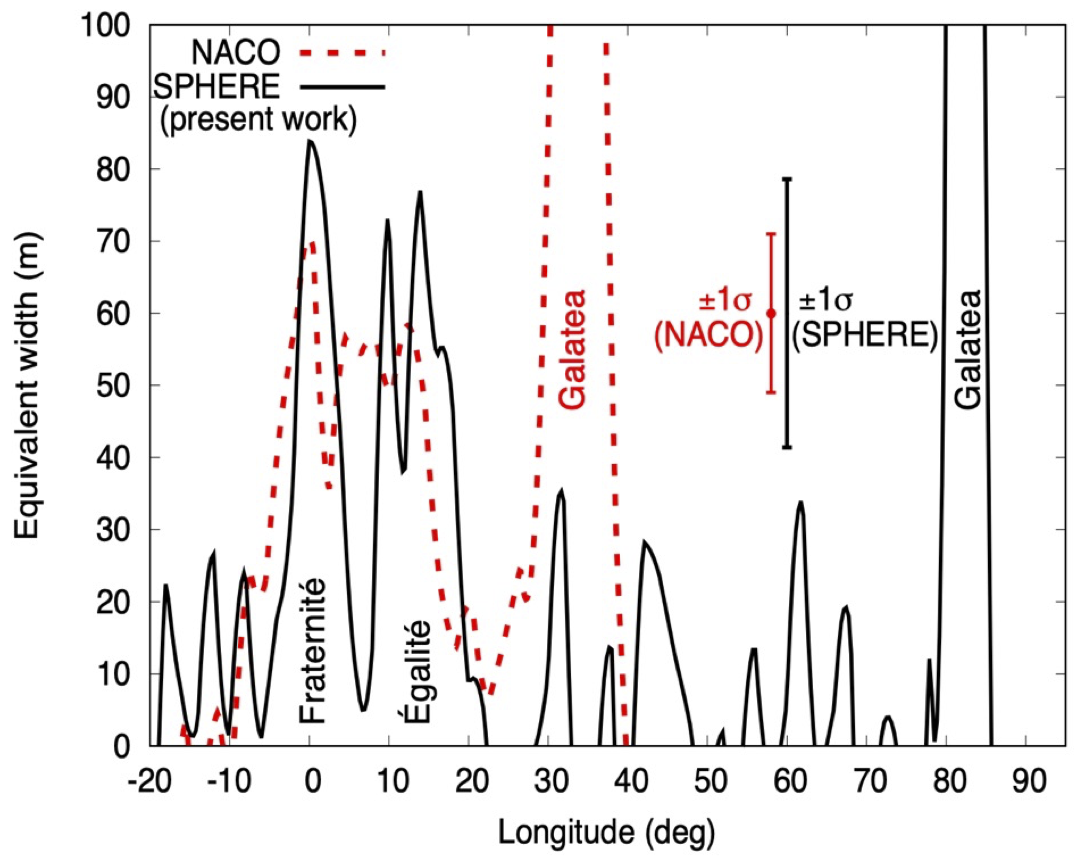 Fig. 1 (left) 68 projected and co-added images of Neptune’s equatorial plane, revealing material along the arcs Fraternité and Égalité, as well as the satellites Proteus (P) and Galatea (G). The frame is 7.1x10.7 arcsec2 wide. (right) Equivalent width of the arcs (Fraternité and Égalité), at an angular resolution of 2°. The X-axis origin is the longitude LFr of the centre of the Fraternité arc measured from the J2000.0 ascending node, where LFr = 217.43 deg, at the reference epoch. (Souami et al. 2022)

We also present here our NOC21 (Neptune stellar Occultation Campaign 2021) observational campaign to study the evolution of the Neptunian system since Voyager-2.

On October 7th, 2021, we led and organised the largest occultation and imaging campaign by the Neptunian system ever undertaken since the Voyager flyby in 1989. This occultation event was observable across the Americas (North and South) as well as in Hawaii, and the campaign involved all large telescopes in the region that were equipped with fast cameras either in the infra-red K band (2.2 μm) or in the visible using a CH4 filter at 890 nm. Combined with Adaptive Optics images, these observations will bring new constrains on Neptune's rings dynamics

We will use the occultation data collected during the NOC21 campaign along with AO data obtained at Keck observatory around the occultation time, to address the following points: