Wind-dominated landscapes can be found on all Solar System bodies with atmospheres. These landscapes record the point of interaction of the atmosphere with the solid surface in a narrow region that also correlates with where field geologists interact with a planetary body. The Altiplano-Puna of Argentina is a high altitude, hyperarid landscape with young and easily eroded deposits and high wind activity. These factors make the region an exceptional analogue for Mars and other planetary regions where wind erosion is dominant, which includes portions of Titan, Venus and Pluto. Our field studies inform our understanding of how wind affects planetary surfaces. 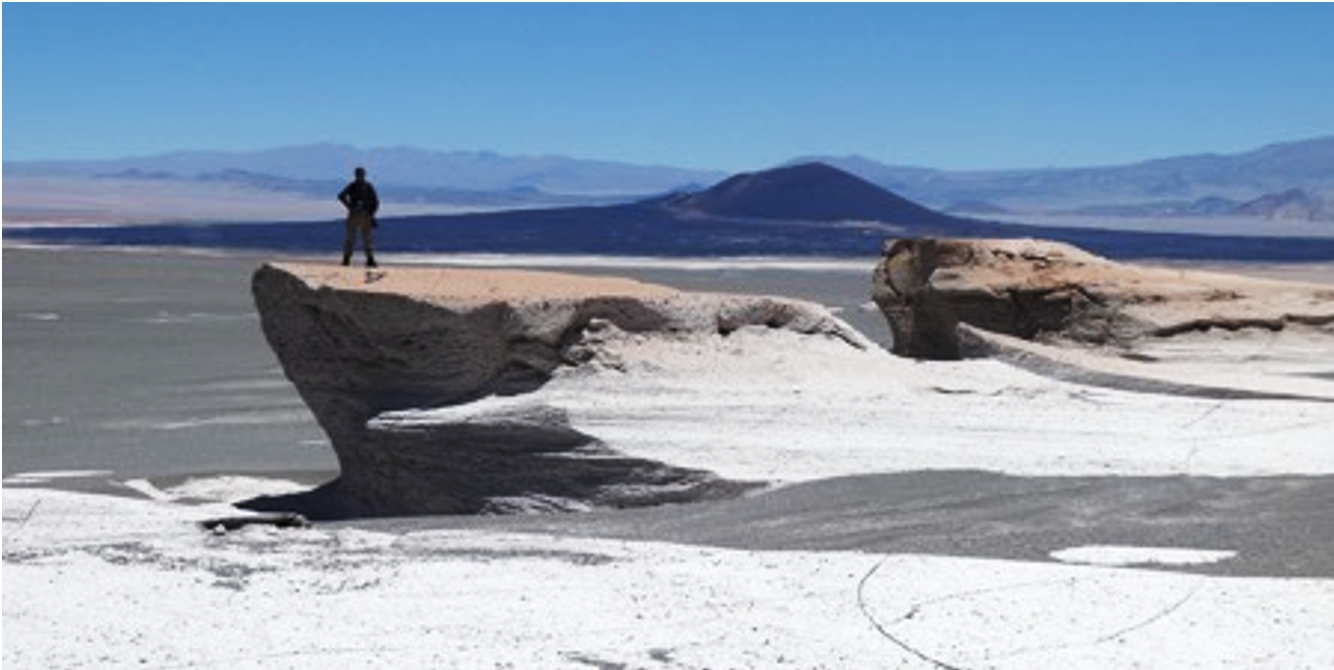 Figure 1. Yardangs of the Puna, carved into ash, surrounded by gravels. With young cinder cone.

Wind erosion of planetary bodies yields a variety of landforms, including yardangs (wind-carved ridges), bedrock ridges, sastrugi (ridges formed in hardened snow), with many of these features covered or surrounded by gravels or sands (Fig. 1, ) [1, 2, 3].

These landforms are also found on Mars [4, 5], Titan [6] and Venus. The regular spacing seen in many of these wind-eroded landforms is postulated to have arisen naturally out of wind-sediment relationships possibly controlled by bedrock hardness [7] and sediment supply [8] more than pre-existing fracturing or river channels, though both of those have also been implicated [9].

Our ongoing field project in the Puna of Argentina involves field operations over 5-7 days using observations and simple instrumentation. Our methods are designed to measure the effects of current and past winds, rock properties, and erosive power of sands and gravels on yardang and bedrock ridge morphologies. We investigate the proposition that the simple action of wind on solid surfaces can lead to the complex, self-organized forms observed where wind is dominant and surfaces are erodible.

The Puna Field Site and Methods

The Puna desert is dominated by young deposits of volcanic ash [10], evaporites and basalt cinder cones. The high elevation means air density is lower about ~1/3 compared to sea level. On Mars, the lower air density leads to large and high dust devils, and similarly large dust devils have been observed during our field campaigns in the Puna [11]. The ash deposits are widespread, and often contain up to km-scale (mega) yardangs. The youngest and softest ignimbrite, called the Campo de Piedra Pomez (CPP) [10], contains abundant medium-sized (meter-scale), mesoyardangs. We visited this region in 2015, 2018 and 2019 (Fig. 1).

We examined field relationships such as orientations of yardangs, rock hardness and layering. We observed differences in rock colors related to intrinsic composition as well as weathering over time. We recorded relative matrix/pumice hardnesses and subsequent variations in erosional properties. We measured locations and sizes of wind indicators such as dedos (protrusions protected by harder lithics) and scours. We observed the action of wind on a single yardang over the course of a 7-day field excursion with an array of small instruments including Kestrel anemometers, simple smoke candles and a camera (Fig. 2), and a tuft net [12]. We deployed two DJI Mavic drones across the main CPP field to obtain a 3 cm DEM (Fig. 3), which also reveals parameters such as length, orientation, and spacing.

Winds over the time we observed the lone yardang (Fig. 3) in 2019 were dominantly from a direction oblique to the yardang long axis orientation and previously observed primary winds. This secondary wind may impact yardang size and shape. Preliminary results from study of the drone DEM obtained in 2019 reveal a 1:1 width/spacing relationship, similar to other studies. This is ascribed to the steady operation of wind and erosive agents over time on a relatively uniform substrate. A similar ratio was found using a DEM for a portion of the Medusae Fossae Formation (MFF) on Mars.

A dark orange coating on the leeward sides of the yardangs [13] (Figs. 2 and 3) is not presently being eroded. They are likely older surfaces reflective of the slopes of the wind-eroded surfaces at the onset of yardang emergence. 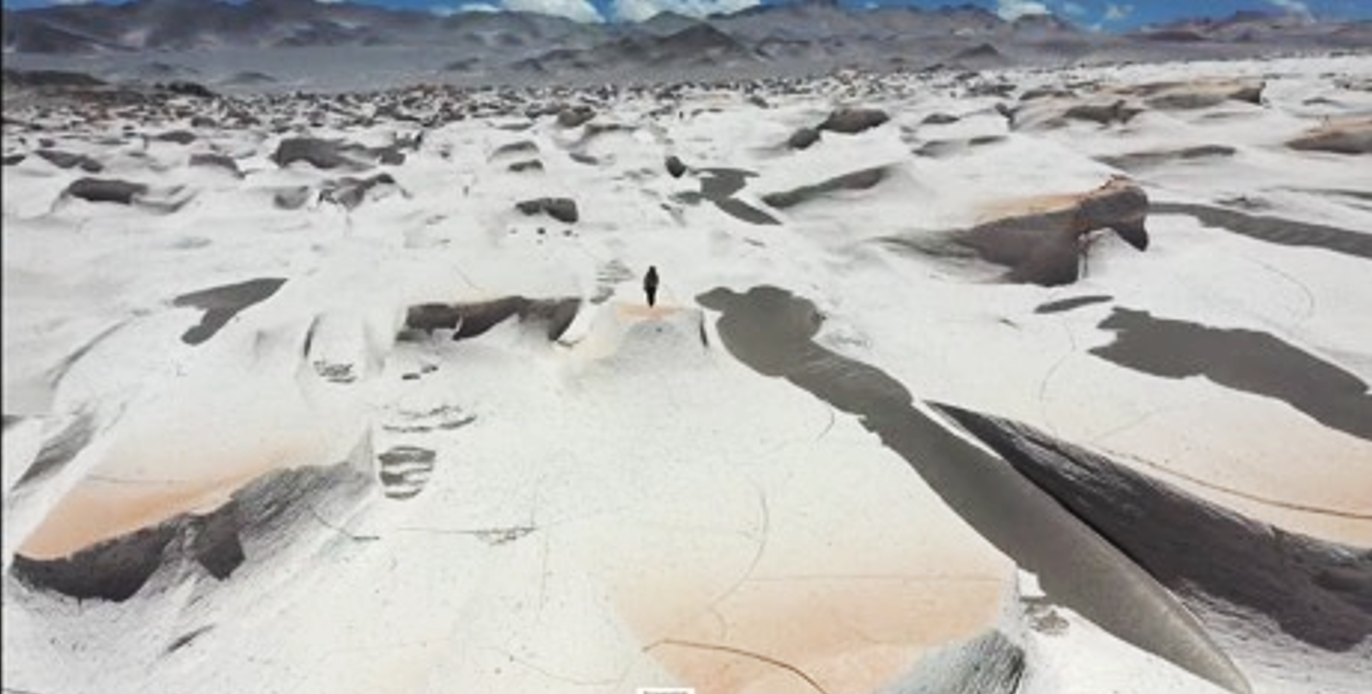 Field studies in the Puna have revealed that unique landforms emerge when wind is dominant. Regularly spaced features such as yardangs or ridges emerge out of the interaction between wind and bedrock. Sizes and spacings of features likely reflect rock hardness properties. The utility of simple, reconnaissance-style field campaigns is evident in the knowledge gained through our studies of the Puna.