Evolution of the reservoir of volatiles in the protosolar nebula

How volatiles were incorporated in the building blocks of planets and small bodies in the protosolar nebula (PSN) remains an outstanding question. Some scenarios consider that planetesimals formed from a mixture of refractory material and volatiles trapped in amorphous ice in the outer nebula, while others hypothesize that volatiles have been incorporated in clathrates or formed pure condensates [1,2]. Here, we study the evolution of volatiles species in the PSN (H2O, CO, CO2, CH4, H2S, N2, NH3, Ar, Kr, Xe and PH3) considering two possible volatiles reservoir in the initial state: amorphous ice (see Figure 1) or pure condensates (see Figure 2).  To do so, we use a 1D disk accretion model [3]  with radial transport of trace species to compute the radial distribution of volatiles in the PSN. This model includes condensation/sublimation rates of pure condensates, as well as clathration/release rates when enough crystalline water is available. Figure 1 represents the case where volatiles are initially delivered to the PSN in the form of pure condensates. Figure 2 represents the case where volatiles are delivered to the PSN by amorphous ice. Species are released when amorphous grains cross the ACTZ region. Once delivered to the disk, the phase (solid or gaseous) of each species is ruled by the positions of its corresponding condensation and clathration lines. Clathration lines of the considered volatiles are closer to the Sun than their respective condensation lines, except for CO wich have its clathration line further from the sun than its condensation line. Gaseous volatiles condense or become entrapped (depending on the availability of water ice) when diffusing outward the locations of their lines. Conversely, volatiles condensed/entrapped in grains or pebbles are released in gaseous forms when drifting inward their lines. Peaks of abundances form close to each line.  Our simulations show that a significant fraction of volatiles can be trapped in clathrates, only if they have initially been delivered in pure condensate forms to the disk. We also show that several regions in the protosolar nebula share a metallicity that is consistent with those measured in the atmospheres of the ice giants [3,4]. These findings have important implications for the formation history of the outer planets 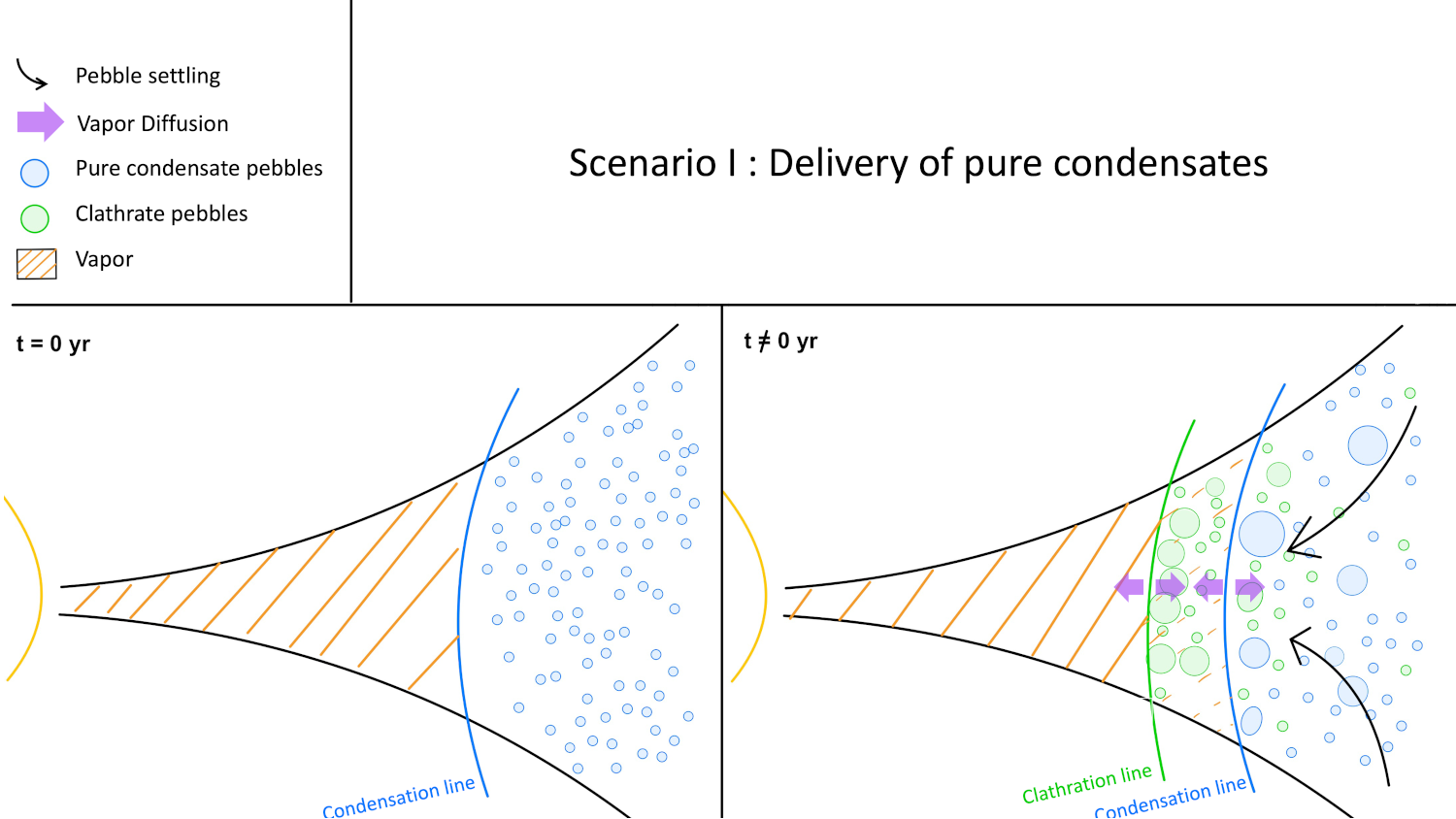 Figure 1 : Scheme showing the disk at initialization and at a given time. The volatiles are initially delivered under pure condensates and vapor. The vapor will condensate into clathrate hydrate, if there is enough crystalline water available. Grains drift inward while vapor undergo diffusion inward and outward. Leading to an accumulation of species at the place of condensation lines. 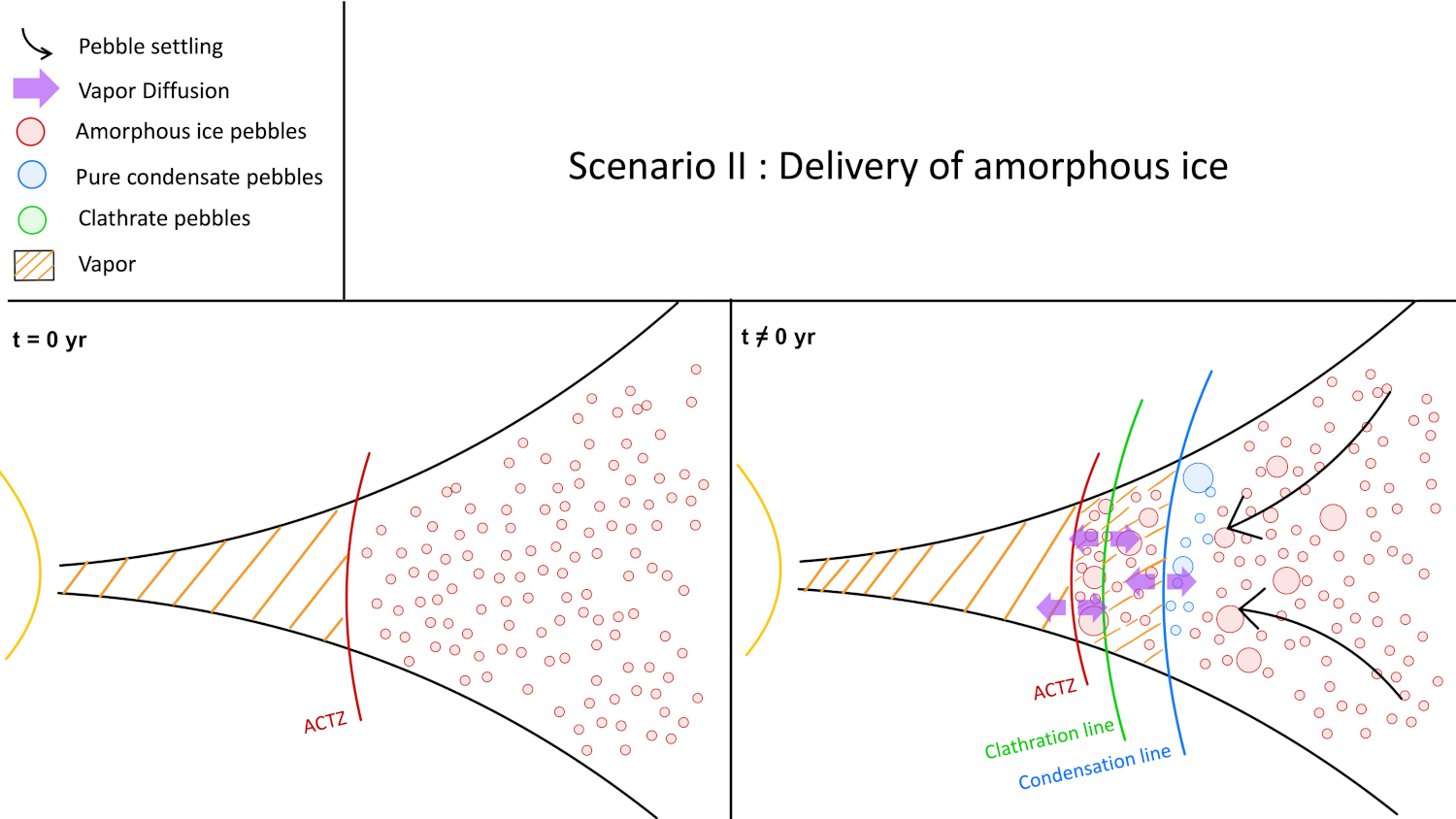