Introduction: The Solar System dust is the smallest Solar System building block, and therefore its study allows understanding the early stages of the Solar System formation. The comprehension of the Solar System formation and evolution processes is also constrained by the inventory and spatial distribution of volatiles in our System. In particular, the delivery process of volatiles of astrobiological interest (water and organics) to the Earth is a key issue to understand the life formation in our planet. Asteroids and comets may have been the source of these volatiles to the terrestrial planets’ atmospheres and to the Earth’s oceans. The boundary between asteroids and comets is not well defined, and many main-belt asteroids are probably volatile-rich and would become cometary if they were moved to the inner Solar System.

Piezoelectric Crystal Microbalances (PCMs) are widely used sensors to monitor dust and particles deposition processes in space and to characterize material outgassing in vacuum. This kind of sensors converts mass changes into fundamental resonance frequency variations, according to Sauerbrey equation [1].

In this work we present VISTA (Volatile in-Situ Thermogravimeter Analyser), one of the two scientific payloads on board MILANI Cubesat, as part of the ESA Hera Program. The MILANI Cubesat development is led by Tyvak International, prime contractor of a consortium composed by entities and institutions from Italy, Czech Republic and Finland. The main MILANI objective is executing a scientific mission aiming at studying the binary asteroid system Didymos-Dimorphos, characterizing the asteroid with a dust sensor, i.e. VISTA, and a spectrometer, i.e. ASPECT. VISTA is developed by an Italian Consortium composed by three Research Institutes: INAF-IAPS (National Institute of Astrophysics - Institute for Space Astrophysics and Planetology), CNR-IIA (National Council of Research – Institute of Atmospheric Pollution) and Politecnico di Milano.

HERA Mission goals: Hera is a planetary defence mission under development at the European Space Agency (ESA), launching in October 2024. Hera is the European contribution to the international Asteroid Impact Deflection Assessment (AIDA) cooperation, the first planetary defence mission, in collaboration with NASA, who is responsible for DART (Double Asteroid Redirection Test) kinetic impactor spacecraft. Hera will travel to a binary asteroid system, the Didymos-Dimorphos pair of near-Earth asteroids, and will study and characterize the asteroid system after the DART impact in September 2022. In the framework of Hera mission, VISTA will accomplish the following scientific goals: 1) detect the presence of dust particles smaller than 10 µm (residual dust particles from the impact and suspended dust in the binary system or coming from dust levitation process); 2) characterization of volatiles (e.g. water) and light organics (e.g. low carbon chain compounds) by using Thermo-Gravimetric Analysis (TGA) cycles (the desorption rates ad specific temperatures are used to characterize e volatiles and organics desorbed from the sensor  surface); 3) molecular contamination monitoring in support to other Cubesat instruments and ASPECT spectrometer, coming from outgassing processes on-board the spacecraft, that usually happen in the first days or weeks in orbit.

VISTA Heritage: The Consortium has a considerable heritage in the design, manufacturing and testing of PCM-based instrumentation both for laboratory and space applications coming from different ITT-Emits ESA Projects: 1) CAM (Contamination Assessment Microbalance), developed for “Evaluation of an in-situ Molecular Contamination Sensor for space use” (2014-2016) (Figure 1); 2) CAMLAB (Contamination Assessment Microbalance for LABoratory) developed for “Development of a European Quart Crystal Microbalance” (2017-2019) (Figure 2). 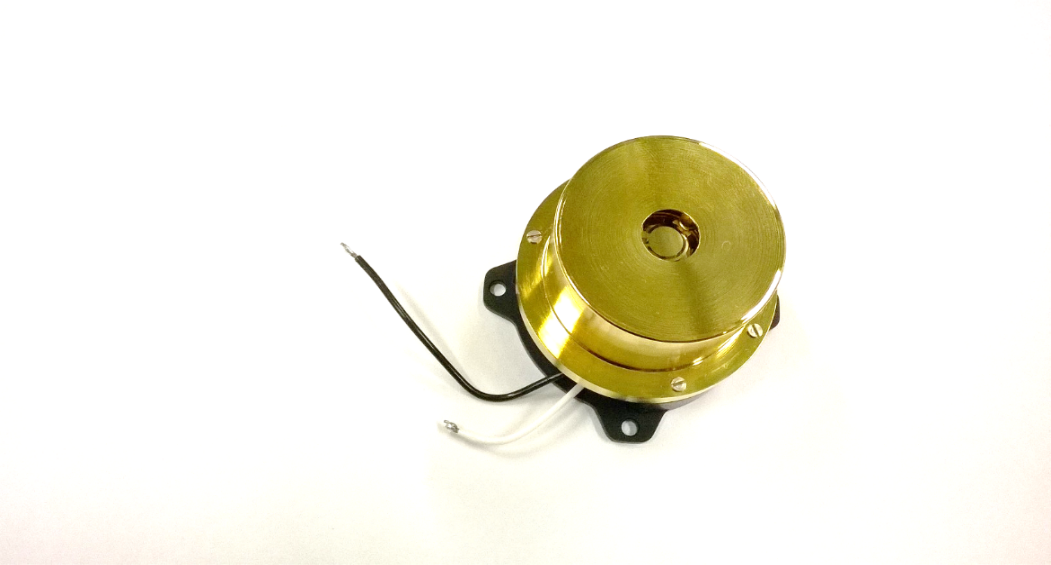 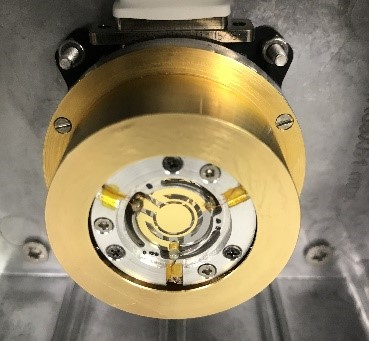 Working principle: PCMs exploit the piezoelectric properties of quartz crystals, as mass deposition on the sensing area of the instrument induces variations of the crystal resonance frequency. The core of VISTA is composed of: 1) two quartz crystals mounted in a sandwich-like configuration (one sensing crystal and the other reference crystal); 2) a Thermal Control System (TCS), composed by two integrated heaters and a Thermoelectric Cooler (TEC); 3) a Proximity Electronics (PE). The instrument is also capable of performing Thermo-Gravimetric Analysis, a technique used to monitor thermal processes involving volatile compounds, e.g absorption/desorption and deposition/sublimation, by means of the built-in heaters. The TEC is used to cool down the sensor and enhance the condensation of particles on the microbalance. VISTA is capable of monitoring particles lower than 5-10 µm and sub-µm particles. 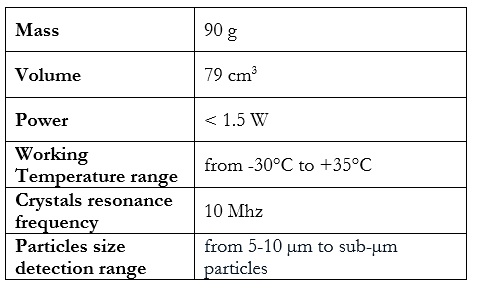 The sublimated compounds can be characterized by calculating the enthalpy of sublimation ΔHsub, which can be retrieved with two methods: 1) by considering the deposition rates and using Van’t Hoff relation [3]; 2) by using Langmuir relation [4].

Conclusions and future works: In this work, the VISTA instrument working principle and heritage were presented. Qualification activities are currently ongoing on the VISTA Engineering Qualification Model (EQM), shown in Figure 3, in order to qualify the sensor within the expected mechanical and thermal environment and evaluate the instrument performances in a representative environment, prior integration on the MILANI Cubesat. The next phase of the research activities will be the manufacturing, integration and testing of VISTA Flight Model (FM), that will launch in 2024. 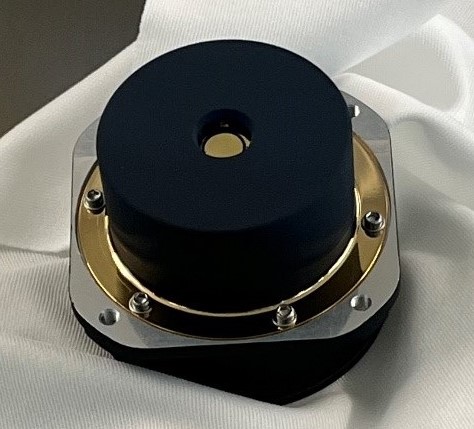